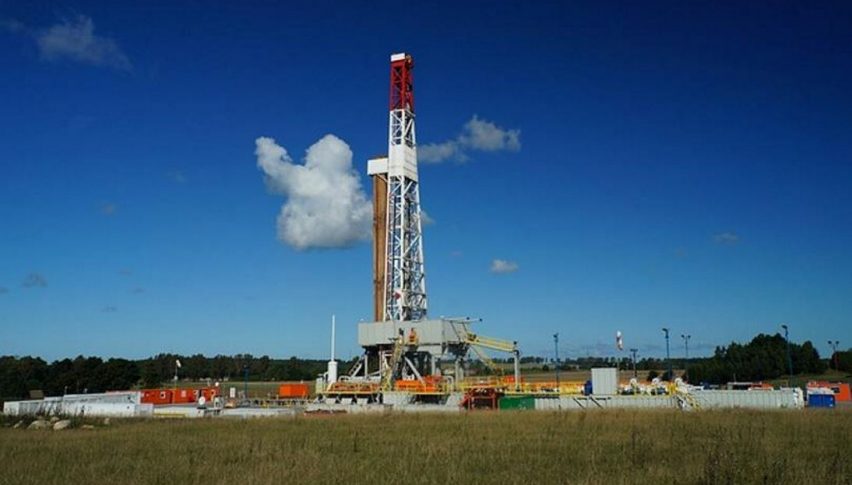 The Inventories Are In And WTI Appears To Be On A Collision Course With $50.00.

WTI crude oil has put in another hard test of the $72.00 level. Since that time, price action has been definitively bearish, falling beneath the $71.00 handle. Heavy volumes have been the story of the day. At press time, over 600,000 contracts of June WTI futures have changed hands.

Today marks the beginning of the weekly crude oil inventories cycle. WTI and Brent crude futures have been on fire lately, exhibiting tremendous traded volumes. The inventory cycle is likely to spike participation even further.

Here are the crude oil inventory expectations for the next 24 hours:

At some point, we will see the impact of North American fracking production upon supply. Do not be surprised if positive stocks become the rule as we enter June, July, and August.

Through taking a quick look at the weekly chart, we are able to see the extent of the long-term uptrend.

Overview: The Bollinger MP/Weekly SMA crossover back in September 2017 is the clear beginning of the current uptrend. It serves as the launch point from sub-$50.00 valuations to the current $70.00 pricing model.

Since September 2017, traders have bought every dip on the weekly timeframe. A near Bollinger MP/Weekly SMA crossover in March was the last time sellers posed a formidable threat to the rally, around the $60.00 level.

So, the technical bullish bias is still valid. A test of $75.00 appears to be in the cards by the Memorial Day holiday weekend. Until we see a significant retracement on the daily or weekly timeframe, there is little reason to question the prevailing trend.

The US Economic Recovery Continues, With Home Sales the Highest Since 2006
6 hours ago
Comments