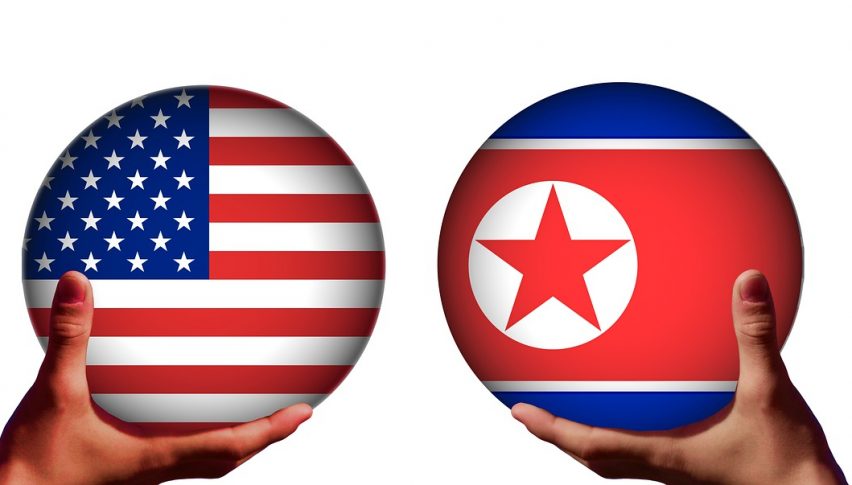 During the previous week, the yellow metal traded sideways despite the failure of G7 meeting. Earlier today, gold was slightly bullish over boosted safe haven appeal as investors are uncertain about the upcoming summit between North Korea and the U.S. Watch out for these three things before trading gold this week…

The inflation rate is coming out just a day before FOMC meeting minutes. CPI (consumer price index) is expected to be remain steady at 0.2%,  along with Core CPI which is expected to rise by 0.1%.

Hawkish Sentiment – Fellas, the rise in inflation will surely boost the interest rate hike sentiment. As a result, the dollar can remain bullish and we can expect bearishness in the bullion market.

Dovish Sentiment – Likewise, a drop in the inflation could influence the Fed to set a more cautious tone, making the dollar weaker and gold stronger.

Trump and North Korean leader Kim Jong Un will have an unprecedented meeting on Tuesday in Singapore, perhaps setting the basis for ending a nuclear stand-off between the old opponents. Gold prices are moving in a tight range ahead of the summit which is going to be held on June 12. Things are not going to be easy on both sides, but the lift in economic sanctions on North Korea can drive bearishness in gold.

Besides the U.S. – North Korea summit, investors are eyeing the U.S. FOMC meeting. The Fed holds a two-day meeting starting tomorrow on June 12 but the rate decision will be released on June 13. Fed is widely expected to hike interest rates for the second time this year. Most probably, the hike is likely to be 25 base points from 1.75% to 2%.

But the real focus is on if the central bank will indicate increasing rates a total of four times in 2018. So, good luck and trade with extra care this week!