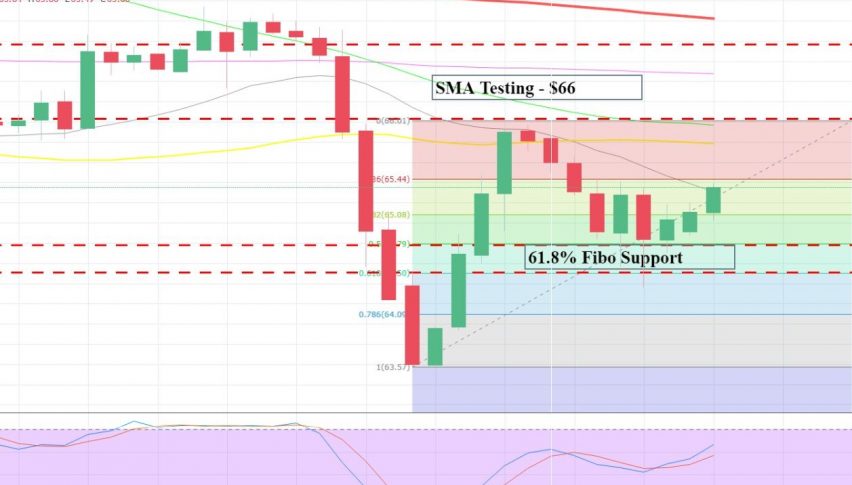 This morning, crude oil is trading slightly bullish despite the sentiment that the Organization of Petroleum Exporting Countries (OPEC) will increase the output. Do you think investors are ignoring the OPEC meeting & its potential outcome? If ye, then why is that? Let me explain it real quick…

As per American Petroleum Institute (API), the U.S. crude inventories dropped by 3 million barrels to 430.6 million barrels in the week ending on June 15. This signifies an increase in the demand for crude oil. Perhaps, the traders are stocking the crude oil due to the ongoing trade war sentiment. Well, whatever the reason is, a draw in inventories shows a bullish bias of investors.

We have the EIA report today at 14:30 (GMT). Economists are expecting a draw of -2.1 million barrels in crude oil inventories which is sort of bullish, but less bullish than -4.1 million draws during the previous week. Since the EIA report is positively correlated with API, can we expect EIA to report a draw in inventories? Well, we have to see, but the bullish sentiments are keeping the crude oil prices in check.

I’m speculating that the inventory draw by 2.1 million is already priced in. Therefore, the oil prices may drop on the release of EIA report. That being said, I will be looking to stay bullish above $65.02 to target $66 before the release of news today. All the best and stay tuned for updates!