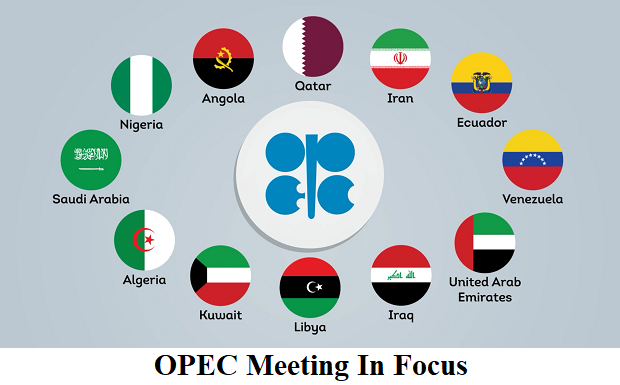 In our previous update on the crude oil, we focused on the EIA report. The crude oil traded bullish as per our plan and made a bullish move. But, the market gave up earlier gains on the back of rumors that OPEC will increase the output. Today, we need to focus on the OPEC-JMMC meeting as it’s going to impact the supply for Crude Oil.

As per the Energy Department, the U.S. crude inventories fell 5.9 million barrels versus forecasts for a 2.14 million-barrel. The draw in inventories hikes the prices of crude oil and that’s what happened yesterday. Although the API report also showed a draw in inventories like 3 million, the EIA reported a much bigger draw.

The Organization of the Petroleum Exporting Countries (OPEC) is holding its meeting in Vienna on Friday and is widely expected to agree to increase production, possibly supported by some other producers outside OPEC, including Russia. OPEC-JMMC meetings are attended by representatives from the 13 OPEC members and 11 other oil-rich nations.

Until the release of the decision, crude oil prices are expected to remain under immense selling pressure.

On the 2 hour chart, crude oil has already completed 61.8% retracement near $64.50. The price is below 50- periods EMA, which signifies a selling bias of traders. Stochastics is holding at 17 in the oversold region. It means that sooner or later we are going to see bulls taking control.