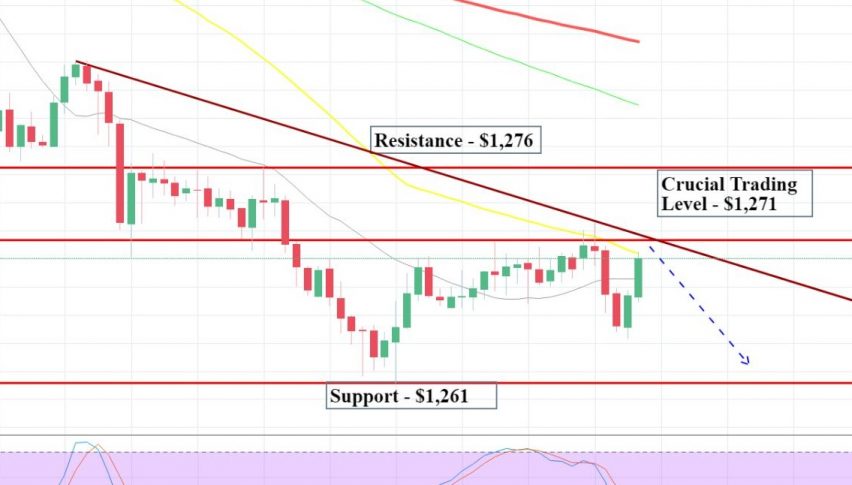 On Monday, gold began trading in a bearish tone despite the trade war sentiments. The trade war sentiments escalated during the weekend because of the comments made by POTUS (President of United States). Trump is thinking of listing China’s investments in U.S. companies as a threat to economic and national security. That’s the same with European Union’s car industry.

Over the weekend, POTUS fueled trade war sentiments by threatening to impose a 10% tariff on $200 billion worth of Chinese goods and a 20% tariff on all European assembled cars entering the U.S. markets. This move has caused confusion in the market about whether to short gold on the stronger dollar or to buy it because of safe-haven demand.

Technically, gold is facing a strong trendline resistance at $1,271 along with a support near $1,261. The 50 – periods EMA is also suggesting a bearish bias of investors. 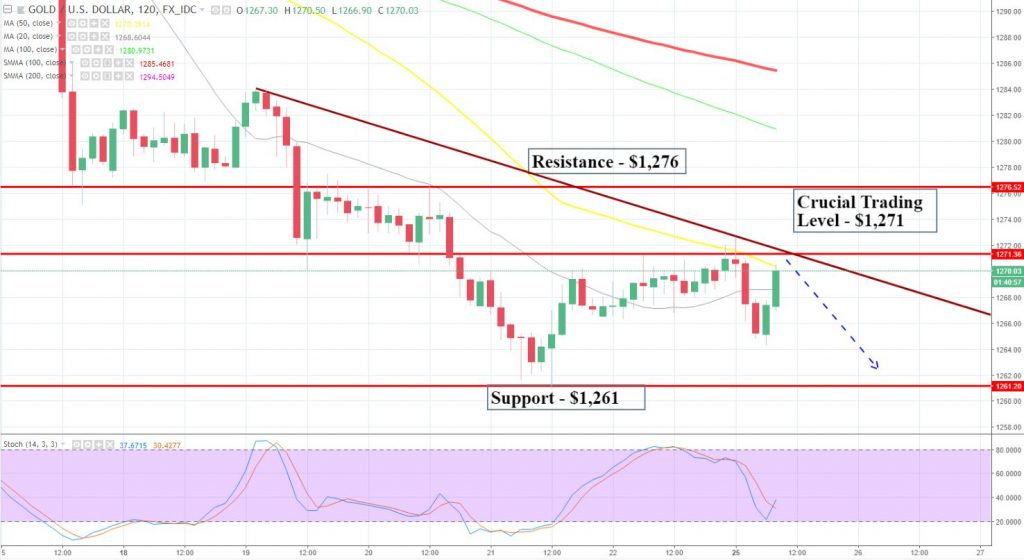