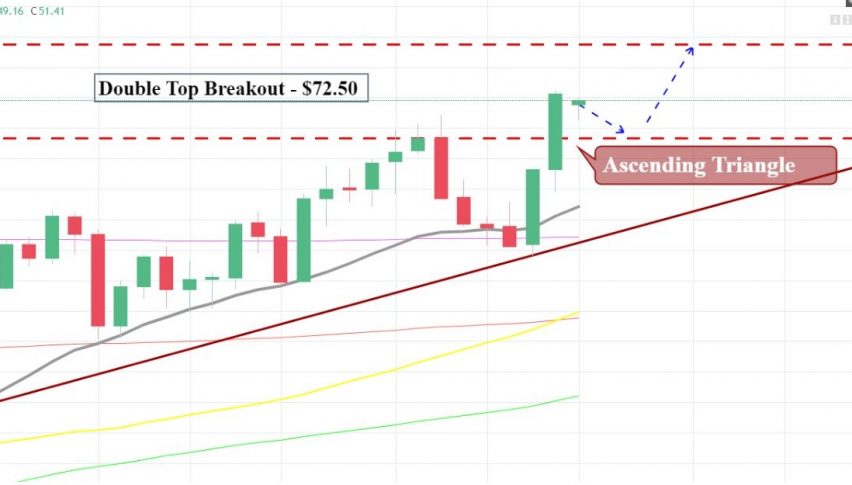 On Monday, WTI crude oil fell as stocks from Saudi Arabia and Russia grew while economic growth fell in Asia amid an escalating trade conflict with the U.S. Iran, the third largest producer in OPEC, will authorize private firms to export crude oil. Looks like a counter strategy to cope up with the U.S. sanctions. This way, the crude oil supplies may not be disrupted.

During the previous week, crude oil was trading right below a double top resistance level of $73. Back on April 22, the same level halted the bullish trend in crude oil as the markets were overbought. But this time, the market failed to sustain below $73 resistance level and broke out of it on Friday. 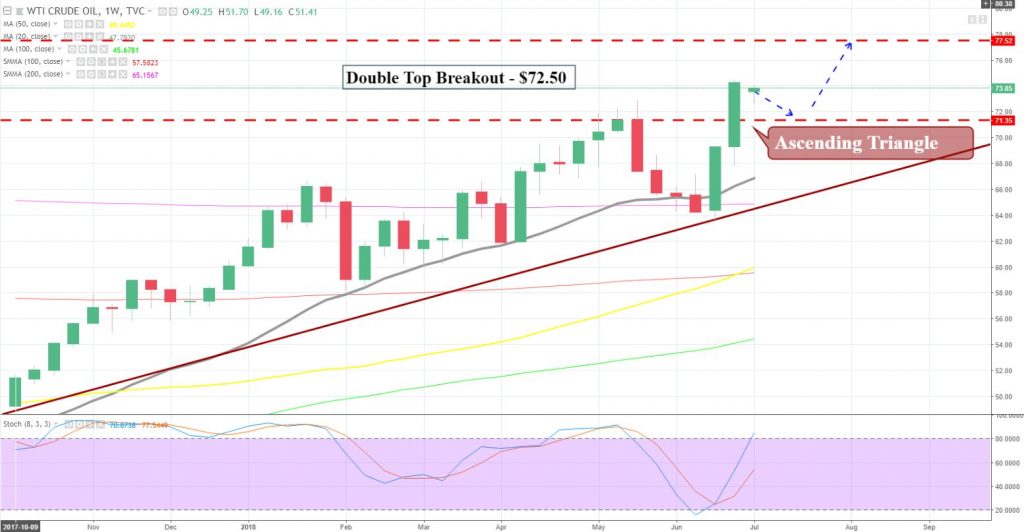 Greed Quickly Turns Into Fear for Crude Oil
2 days ago