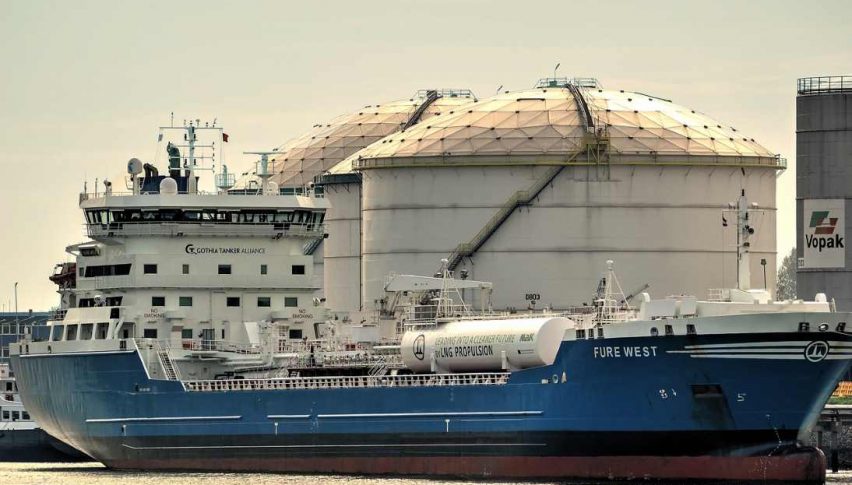 Inventories Are In, Heavy Two-Way Action In WTI Crude Oil

Another week, another round of eyebrow-raising inventories statistics. In the wake of U.S./Iran saber-rattling as well as a pledged boost in production from OPEC and Russia, oil inventories have come in particularly low.

While predicting inventory levels accurately is far from an exact science, today’s numbers once again missed the mark significantly.

The Inventories Are In…Now What?

A bit earlier, the EIA crude oil stocks report was released to the public, capping this week’s inventories cycle. The number came in on the low side, bringing short-term bulls to the table in force. However, immediate buying gave way to bearish action amid robust participation.

Here is a look at the hard data for the week:

One is prompted to think that the immediate impact of the reported draws will be a run of WTI crude back toward $70.00. The short-term action looked to be definitively bullish, but sellers checked the rally hard just beneath $69.40.

It has certainly been the summer of oil as September WTI futures have traded with heavy volumes on a consistent basis. The tug-o-war between bulls and bears has tightened up considerably between $68.00-$69.00 over the previous four sessions.

At press time, price is consolidating in the neighborhood of the Bollinger MP. Heavy two-way action has followed the EIA report, which has been indicative of the past week on this market.

Here are the numbers to watch for the rest of the session:

Bottom Line: For now, September WTI is in a technical no-man’s-land on the daily time frame. Even the intraday charts are jumbled, with the 30-minute and 60-minute each showing consolidation. Until this market opens up a bit, it is going to be a challenge to trade.