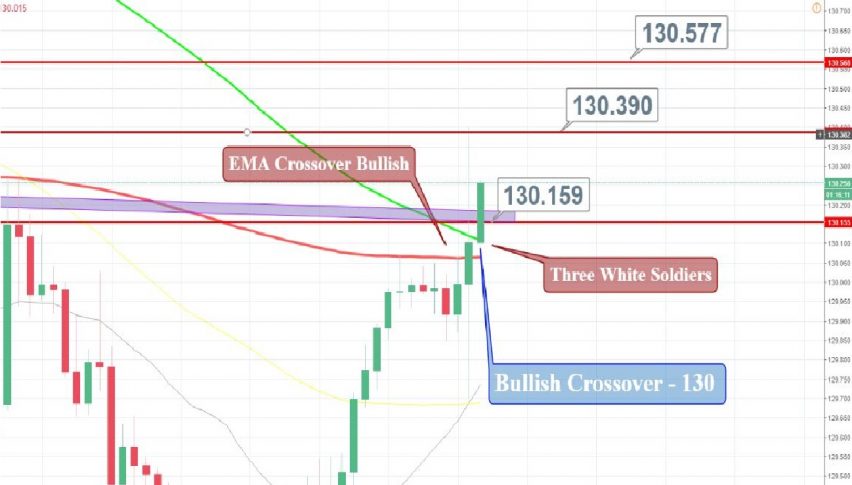 Looks like a nice call on EUR/JPY as our forex trading signal is heading in the right direction. Here’ s a quick update on our trading signal…

The Bank of Japan kept its policy steady as widely expected, leaving the interest rate at -0.10 %. The important news from the central bank is that it would make its policy structure more flexible for the long-term yield target. Although, it kept the interest rates on hold, the remarks are quite dovish. In a statement, it demonstrated that the yields may move up or down “to some extent mainly depending on developments in economic activity and prices.” As a result, the demand for the Japanese Yen is suffering.

On the 2 hour chart, the EUR/JPY has a bullish crossover on 100-periods MA and the same level (130) is now extending a significant support to the Japanese cross. The pair has also violated the triple top pattern which provided a strong resistance near 130.150. 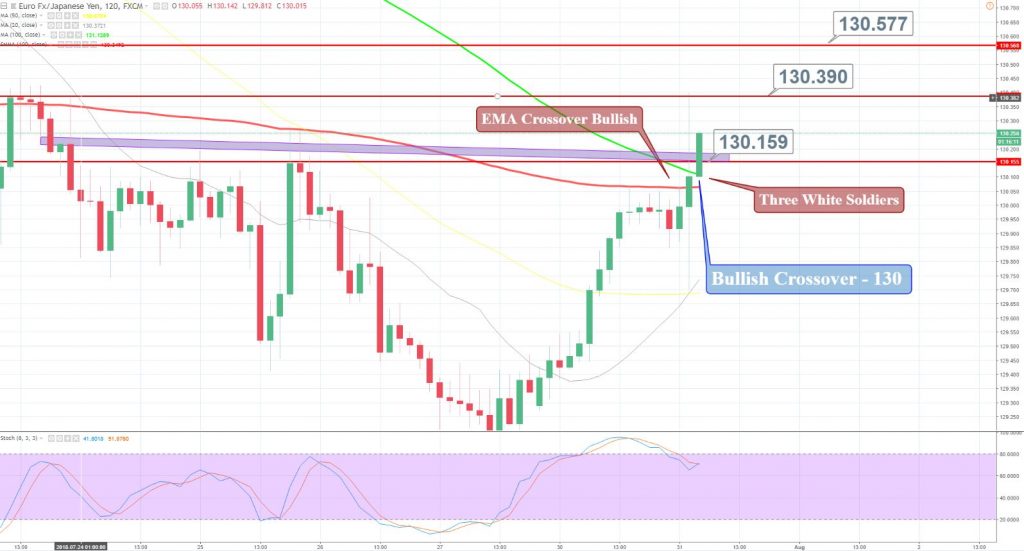 The RSI and Stochastics are in the overbought zone on the 2-hour timeframe, but we still have enough room for buying them over bigger timeframes like daily and weekly. Here’s a quick summary of support and resistance levels.