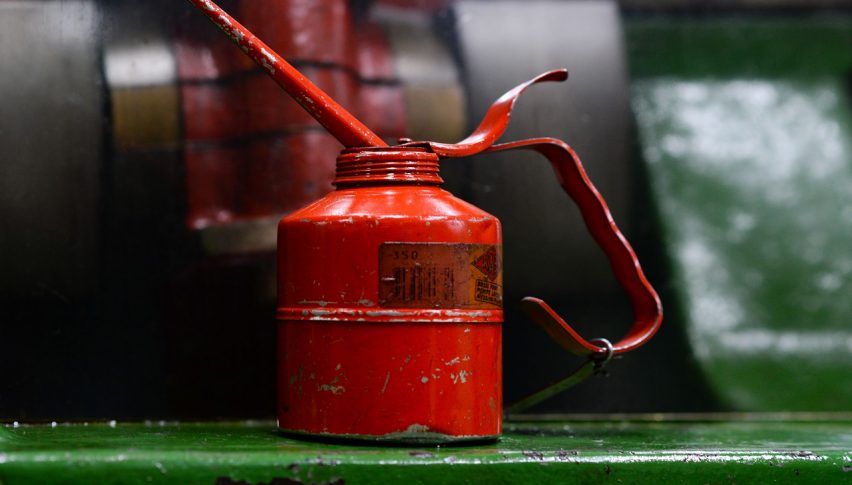 Crude oil is trading bearish near $68.45 after industry data showed U.S. stockpiles of crude unexpectedly expanded. On the other side, the Chinese economic growth slowed down amid the escalating trade conflict between the United States and China. It’s a good day to trade crude oil as we got bearish signals from both technical and fundamental indicators. Take a look…

Crude oil came under selling pressure after the American Petroleum Institute (API) report pointed to oil inventories rising by 5.6M barrels last week. Markets are also being dragged lower by anxieties over curbing economic growth because of the trade dispute that is still ramping up between the United States and China.

Remember how China and the United States slapped tariffs on $34 billion of each other’s goods? That’s doesn’t stop here as another round of U.S. tariffs on $16 billion in Chinese goods is expected in August.
As my buddy Rowan discussed in the morning update, the trade war may intensify further as the U.S. President Donald Trump’s administration is poised to propose 25% tariffs (up from 10%) on $200 billion of Chinese imports.
If this happens, the productivity will fall down, along with a demand for energy items like crude oil. 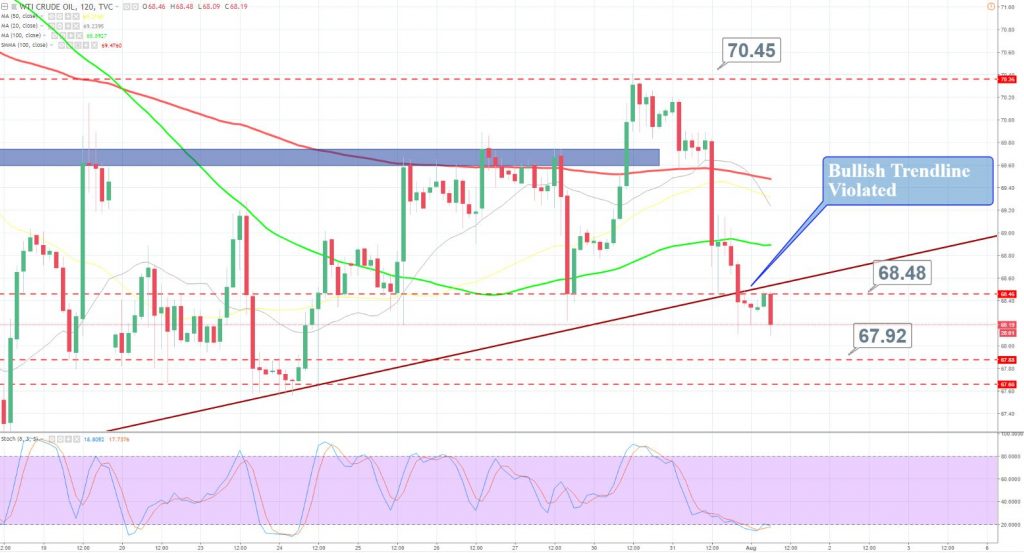