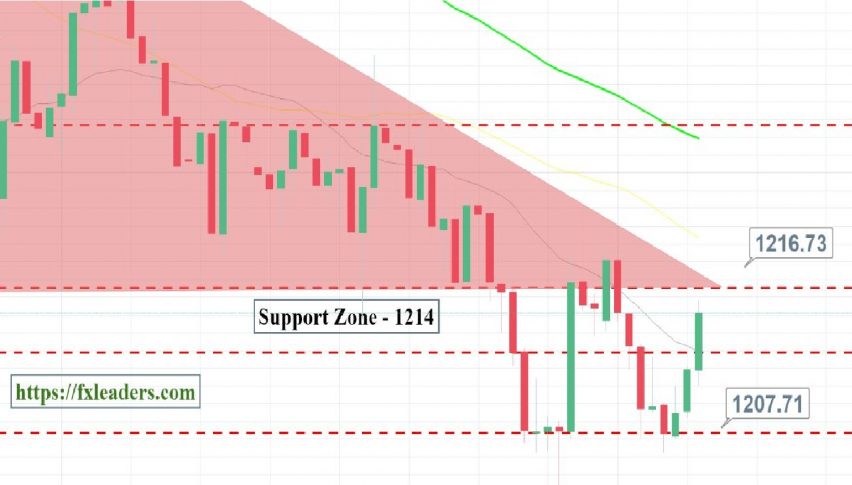 On Monday, gold fell dramatically to $1,207 despite the bearish trend in the U.S. equities. But this morning it has managed to recover its earlier losses and now it’s trading near $1,212. Is it a bullish reversal? Let’s find out...

As discussed earlier in FX Leaders Aug 7 – Economic Event’s Brief, the Greenback remained steady against a basket of currencies on the back of hawkish FOMC. Federal Reserve is expected to hike the interest rates twice in 2018. But gold is jumping to $1,212 probably due to the risk-off sentiment. The trade war is still on and it’s keeping the traders uncertain about the upcoming relations between the world’s two biggest economies.

Gold prices, which have slipped almost 12% since mid-April largely due to a strong dollar, have mostly failed to benefit from recent political uncertainty in the U.S. and China. But looks like the demand for haven assets is triggering especially after the Trump administration is likely to enforce economic sanctions on Iran this week.

Gold is facing a resistance near $1,213 along with a support near $1,209. The bearish channel on the hourly chart is also extending the support to selling sentiment of investors. All we need is to wait for the closing of an hourly candle. If it closes below $1,221, we may have a nice chance to take a sell forex trading signal. 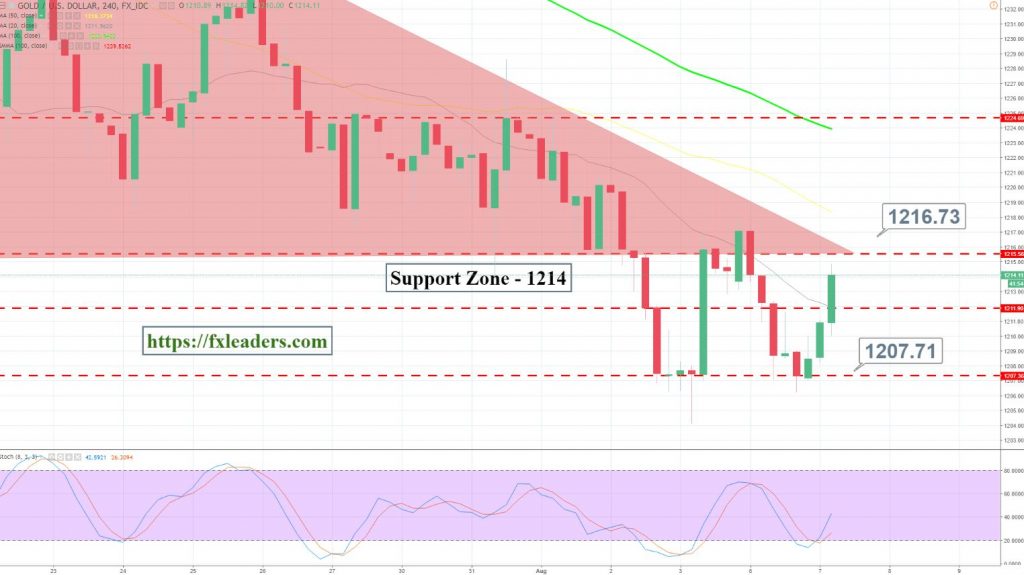 Lastly, gold prices are still trading below 50 – periods EMA which is also supporting the bearish trend. 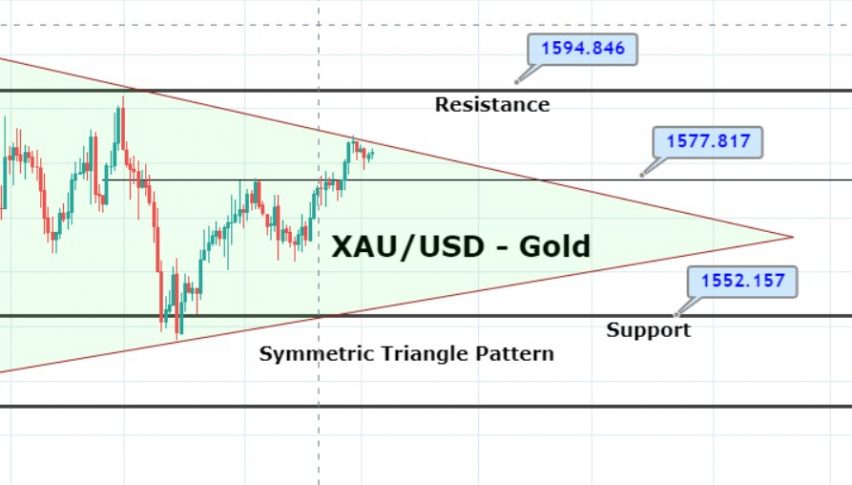