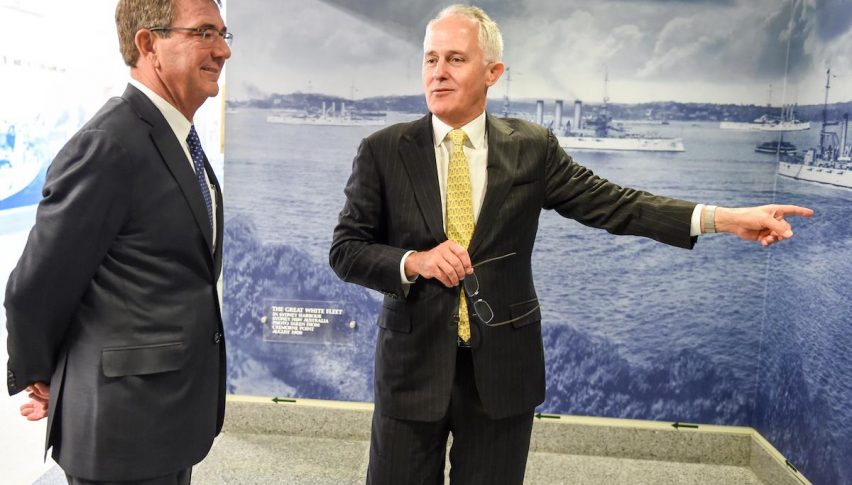 The AUD/USD has been getting an old-fashioned whack this morning. As I wrote about prior to the open of Asian equity markets, the PM is once again in the firing line.

Malcolm Turnbull is facing mounting pressure from within his own party as fellow Liberal Peter Dutton is once again challenging for the top job.

Only days ago Dutton’s first bid for the leadership failed. If he was to win the parties leadership he would be the PM.

The markets are clearly getting nervous and that is weighing on the AUD/USD as equity markets have opened. The Australian ASX 200 is also down on the day about 10 points, which was also from the lead-in from a weak wall street session.

On top of this, the Finance minister has tendered his resignation. And there are also headlines that Chinese company Huawei has been rejected from being a part of Australia’s mobile infrastructure build for security reasons.

That was the level I’ve been looking to sell for a while now and it appears there are not that many buyers higher than that.

The USD is also pushing higher ahead of Jackson Hole which isn’t helping.

Hey mate, did you make money from this move. If you did that is great news.

Yeah been a nice move today, and looks like there is more news hitting by the minute.