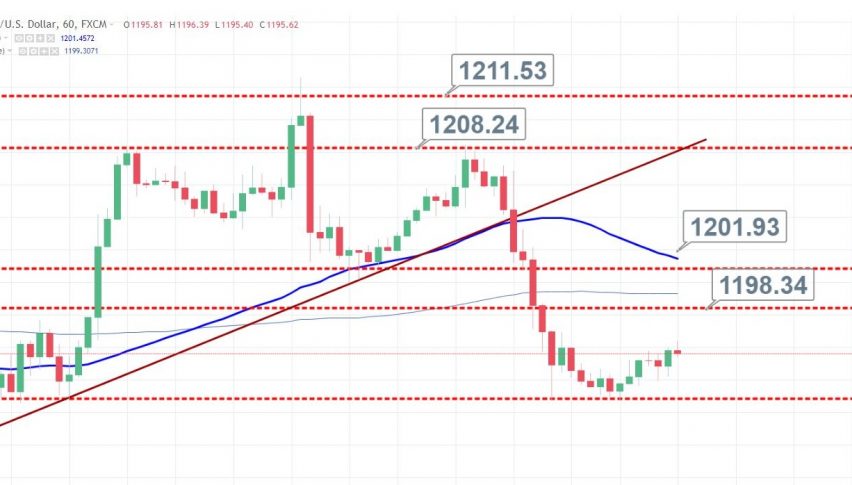 On Monday, Gold is edging up as the bulls seem to catch the correction after prices dipped in the previous session. The precious metal is staying under a bearish pressure as the U.S. President Donald Trump is likely to announce new tariffs on about $200 billion on Chinese imports as early as today.

Though gold is usually considered to be a safe-haven asset, the months-long trade disagreement between Washington and Beijing has urged investors to opt for the U.S. dollar in the hope that the United States has less to lose from the conflict.

On the hourly chart, gold is facing a nice support at $1,192. It’s a double bottom pattern which can reverse the bearish trend into bullish. At the same time, the precious metal has also gone oversold, which means investors may try to capture a retracement. On the upper side, gold is likely to face a very strong hurdle at $1,198.33. 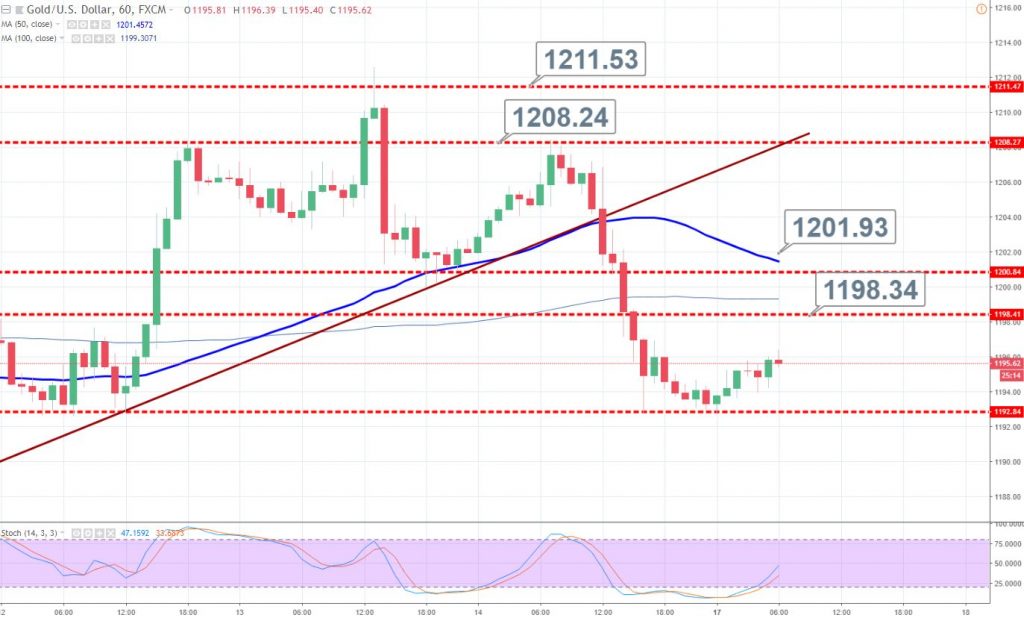