GBP/JPY peaking out of range – Is it good time to ride the trend? - Forex News by FX Leaders

GBP/JPY peaking out of range – Is it good time to ride the trend?

Earlier today, the BOJ Governor Haruhiko Kuroda said he will carefully watch forex moves and its impact on the economy and on inflation/prices. He also spoke about the US-China trade war, saying that if the US begins targeting Japan in the trade rhetoric, expect the Japanese Yen to pick up a bid. That will push the BOJ further away from wanting to achieve its inflation goal.

The fact is that the US Federal Reserve is set to increase interest rates by 25 base points for the eighth time since late 2015. Investors have started trading the Japanese cross. So, let’s see what we should do with GBP/JPY. 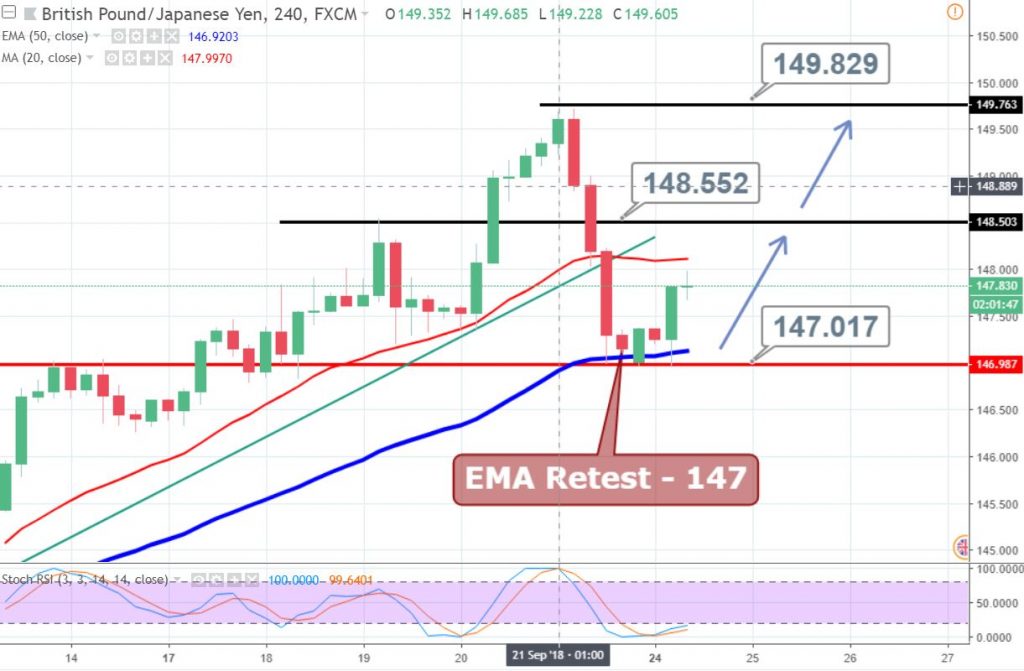 Technical Outlook: The GBP/JPY looks bullish as the pair has a strong support at 147 and the 50 periods EMA is also supporting the pair at the same level. On the upper side, the resistance prevails at 148.550 and that’s where I will be looking to take a sell position later today.