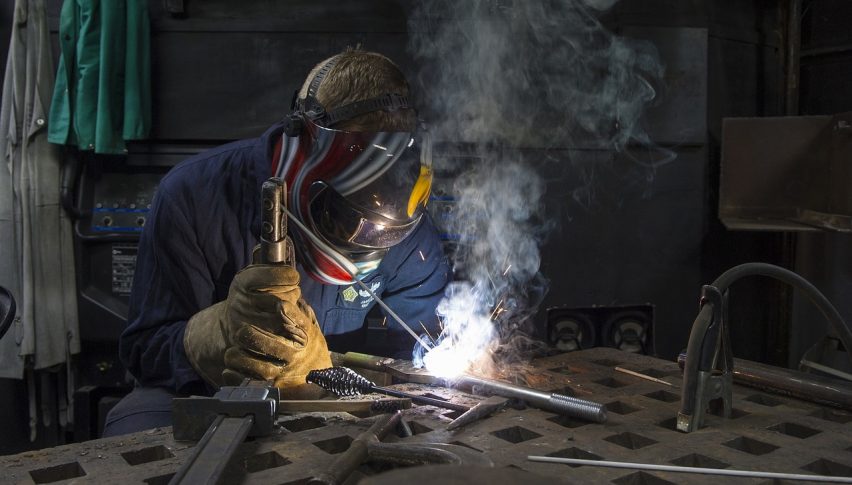 During the previous week, the Greenback remained supported after the Federal Reserve rattled the markets with an interest rate hike from 2% to 2.25%. The FOMC Statement did not include the words “accommodative policy”. The US dollar initially slipped on the news as 2.25% was already priced in, but investors increased their bets on the buck after Fed Chair Jerome Powell explained that there is no change in policy and that the economy is doing very well.

This week is fully packed with market-moving economic events, with the U.S. Non-farm payroll and unemployment rate topping the list. Tighten your belts for another volatile week.

USD – ISM Manufacturing PMI
At 14:00 (GMT), the Institute for Supply Management is expected to release the manufacturing purchasing managers index. The forecast of 60.3 still represents robust growth, but is weaker than 61.3 beforehand. Apart from the headline, it is important to note the price component. The Fed watches inflationary pressures.

GBP – Manufacturing PMI
Manufacturing PMI is due to be released at 8:30 (GMT). It’s a leading indicator of economic health and businesses react quickly to market conditions, and their purchasing managers hold perhaps the most current and relevant insight into the company’s view of the economy.

The manufacturing PMI is expected to slightly drop from 52.5 to 52.8. But in case of drop of up to 50 or lower, there will be a massive selling in the GBP.

AUD – Monetary Policy Decision
Cash Rate – At 4:30 (GMT), the RBA (Reserve Bank of Australia) will be releasing the interest rate. Although the Australian economy is doing well, the RBA is highly expected to keep the rates on hold at 1.50%. That’s because the central bank is concerned about growing household debt. Whereas, the wages are not rising as quickly as expected.

RBA Rate Statement – Since the rate isn’t expected to change, the investor focus switches to RBA rate statement. The rate statement will be worth watching for any future guidance. The monetary policy statement is among the primary tools the RBA Reserve Bank Board utilizes to communicate with investors about monetary policy. It contains the outcome of their decision on interest rates and commentary about the economic conditions that influenced their decision. Most importantly, it discusses the economic outlook and offers clues on the outcome of future decisions.

GBP – Construction PMI
It’s a leading indicator of economic health and businesses react quickly to market conditions, and their purchasing managers hold perhaps the most current and relevant insight into the company’s view of the economy.

Looking at the forecast, the constructions PMI seems to show a slight drop from 52.5 to 529. But, despite a weaker forecast, we can’t expect a dip in sterling as the PMI figures are compared with a benchmark of 50. Above this, the economy is on growth. However, it will be exciting to trade any figure below 50 today.

Wednesday – Oct 03
USD – ADP Non-Farm Employment Change
The Automatic Data Processing, Inc. will be releasing the ADP Non-Farm Employment Change at 12:15 (GMT). It’s an estimated change in the number of employed people during the previous month, excluding the farming industry and government. In April, ADP reported a weaker gain of 163K jobs while a robust gain of 185K jobs is predicted for Sept.

AUD – Trade Balance
The Australian Bureau of Statistics will releases the trade balance at 1:30 (GMT). Australia is heavily dependent upon the trade export of goods. The more they export, the better it is. The trade balance is expected to be 1.45B vs. 1.55B, which isn’t good for Aussie.

Friday – Oct 05
USD – Labor Market Report
NFP – The Nonfarm employment change is one of the most awaited and watched economic data of the month. The Bureau of Labor Statistics will be delivering the nonfarm employment change at 12:30 (GMT). Last month, the U.S economy added around 201K jobs, while economists are expecting 185K jobs for this month. Logically, it’s worse than expected and should keep the dollar under bearish pressure, but there something more that you should know.

The unemployment rate is expected to drop from 3.9% to 3.8%, which is better than before. The greenback is likely to trade with bullish sentiments this week. All the best and stay tuned to FX Leaders for exciting trade setups and forex trading signals. Have an awesome weekend.