WTI crude oil broke out of the sideways range of $75.35 – $75.77 to reach rising levels not seen since November 2014. It’s all because of the same sentiments we were discussing before.

The U.S. sanctions on Iran loom and a North American trade deal fosters the bullish bias for crude oil. 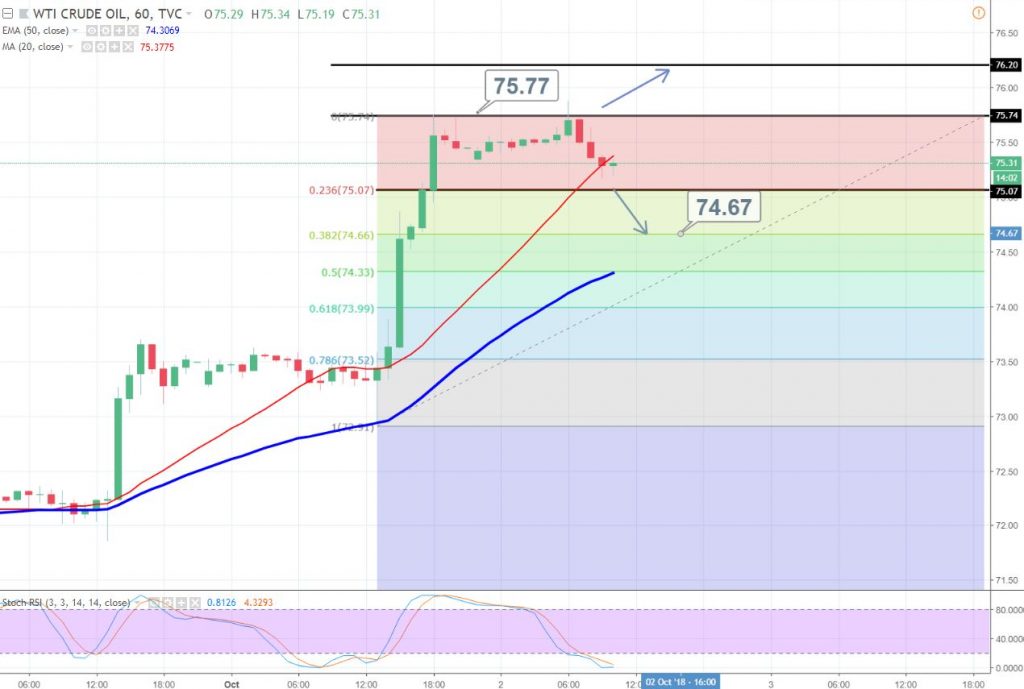