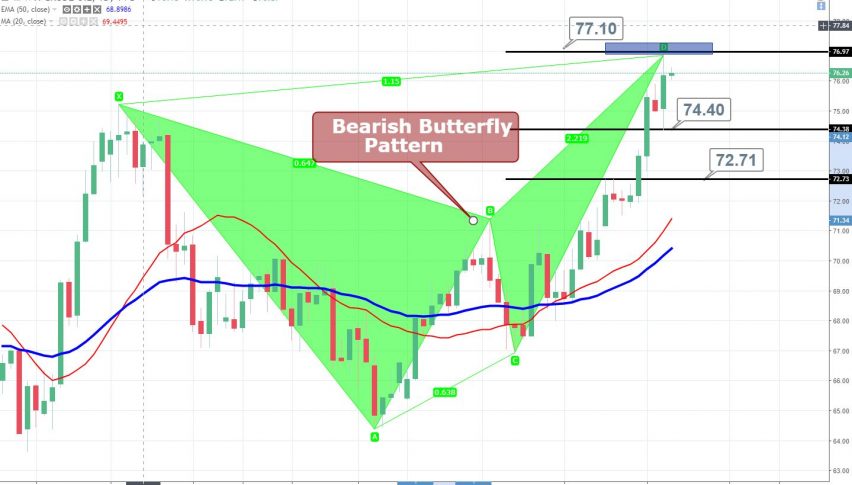 Fellas, the black crack soared another 200 plus pips to trade above $76 despite a dramatic build in inventories. A day before, the Energy Information Administration (EIA) reported a build of 8 million barrels of stocks, which is dramatically higher than the economists’ forecast of 1.1 million. Initially, crude oil dipped but recovered the losses amid the imminent return of U.S. sanctions on Iran.

As per the Institute of International Finance, the exports from Iran have dropped from 2.8 million bpd in April to 2 million barrels per day (bpd) in September. This has driven another bullish bias for crude oil. 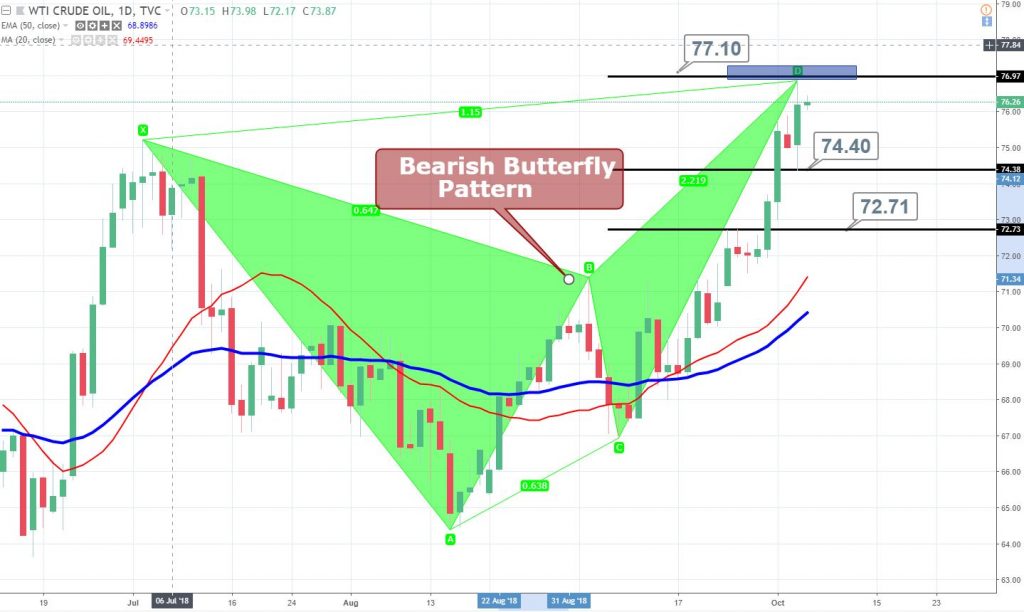 Coming to the technical outlook, crude oil has formeda pretty nice bearish setup. I’m speaking about the bearish butterfly pattern which has completed the C to D wave near $77.10. The immediate support prevails at $74.40 and $72.75. The violation of bearish butterfly can lead crude oil prices towards $80.