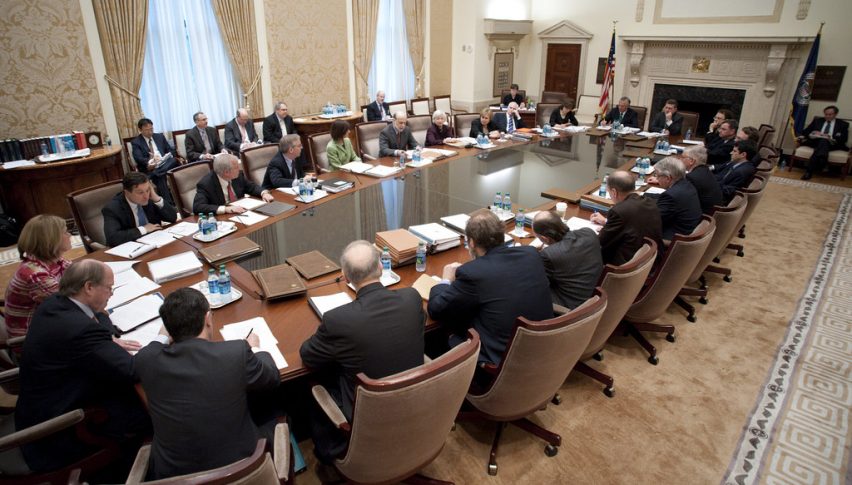 "Hawkish" Was The Theme Of September's FED Meeting.

A few minutes ago, the September FOMC Minutes report hit news wires. Perhaps the most important development is the addition of the term “restrictive” to the FED’s ongoing dialogue. This is a somewhat new development, as “gradual” has been the FED’s preferred way of soft-selling tightening policy to the public. Is this the overtly hawkish FED that currency traders have been waiting for?

U.S. markets continue to show strain as the FOMC Minutes are digested. The USD is the big mover, as a hawkish tone is sending bids the Greenback’s way.

In the FOMC preview from earlier, I talked about how a hawkish tone could send the USD Index higher ― this is certainly the case, as rates have spiked above 95.230.

Here are the highlights of today’s FOMC Minutes:

So, what does it all mean? Basically, it means that the FED is becoming aggressive. A half-point rate hike during the first quarter of 2019 may be on the table. The introduction of the term “restrictive” is ominous. It signals that FOMC members are growing increasingly concerned over coming inflationary pressures coinciding with their projected economic slowdown.

The debt market stands to benefit greatly from an aggressive FED-sponsored quantitative tightening program. U.S. 10-Year Treasuries are trading above 3.2%, multi-year highs. If we see the FED run target rates above 3% in the intermediate-term, then moving capital from equities to bonds is going to be an attractive alternative for institutional players.

Simply put, the idea of aggressive policy is gaining traction at the FED. This is going to be tough on U.S. equities and economic growth. In the event that the November Midterm Congressional Elections inject more uncertainty to the equation, Q4 may be the beginning of a dramatic correction in U.S. equities.