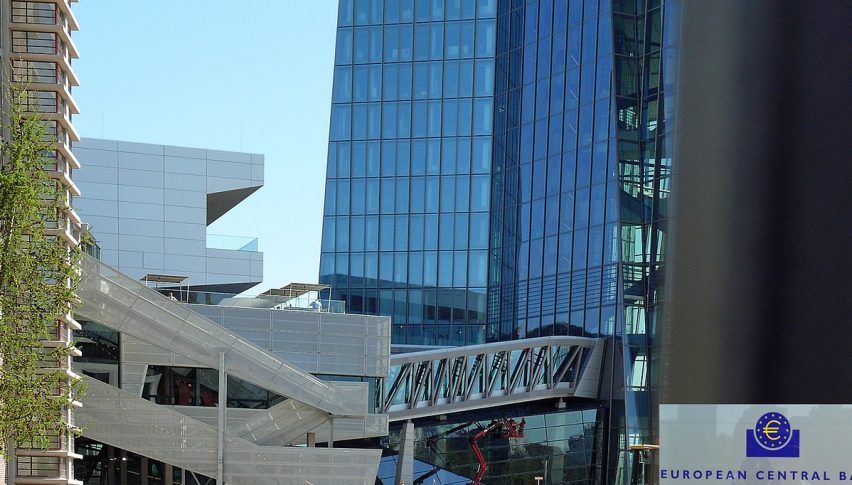 This week was quite productive for the Greenback as the US dollar index jumped near one-week highs on Thursday as Treasury yields edged higher. Most of this came after minutes from the Federal Reserve’s September meeting showed that Fed policymakers are broadly united on the need to raise borrowing costs further.

So it’s been a fun week and special thanks to the Federal Reserve for driving massive volatility in the market as team FX leaders was able to capture 28 trades out of which 20 closed at take profits, marking a 71% success rate.
The upcoming week is also loaded with a few high impact economic events, which include Bank of Canada and European Central Bank’s monetary policy reports. The investors will also be focusing on the Advance GDP q/q data from the US to determine further trends in the Greenback. Here’s what to expect from them…

On Monday, the market is likely to consolidate in narrow ranges due to the lack of major fundamentals. The economic calendar isn’t offering much on Monday, and the investors will be looking to trade the technical trading setups.

Debelle is responsible for advising Reserve Bank Board members – who decide where to set the nation’s key interest rates – on matters relating to economics, and his public engagements are often used to drop subtle clues regarding future policy shifts which is why his remarks can be important for the Aussie.

GBP – BOE Gov Carney Speaks
On Tuesday at 15:20 (GMT), the BOE Governor Mark Carney is scheduled to speak at a machine learning conference hosted by the University of Toronto. As head of the central bank which controls short-term interest rates, he has more influence over the nation’s currency value than any other person. Traders scrutinize his public engagements as they are often used to drop subtle clues regarding future monetary policy.

However, the event may go muted as the BOE governor isn’t expected to speak about the monetary policy event. Yet, the audience questions can generate clues on the upcoming policy decisions.

USD – FOMC Member Bostic Speaks
At 17:30 (GMT), the Federal Reserve Bank of Atlanta President Raphael Bostic is expected to talk about the economy and monetary policy at the Louisiana State University, in Baton Rouge. The house will be opened for the audience questions, therefore, the chances of unstructured questions and unstructured answers remain there. This can be helpful in trading the sudden volatility in the market.

EUR – Eurozone
On Wednesday, the economic docket is fully loaded with a number of PMI figures which are due from the Eurozone, but before we speak about it in detail, let’s see what PMI figure is and how can it impact the market.

PMI stands for Purchasing Managers’ Index and it’s a leading indicator of economic health. Businesses respond promptly to market conditions, and their purchasing managers carry perhaps the most current and relevant insight into the company’s view of the economy.

These figures are compared to the benchmark rate of 50. Above 50 indicates industry expansion, below indicates contraction. Actually, the major global economies are releasing this figure well above 50, which is why it’s becoming hard for investors to understand its impacts on the currency market.

So how do we trade PMI figures?
Fellas, the idea is to compare the current value of PMI with its estimate and the previous figures. Therefore, if the release is significantly higher or below the forecast and past figure, it becomes really easy for us to determine the direction of movement irrespective of the fact it’s above or below 50 benchmarks.

Potential Impact: The single currency Euro can remain under selling pressure as most of the figures are forecast negatively. European services and manufacturing PMI figures have dropped since the beginning of 2018, which is the main reason why ECB feels hesitant to raise the interest rates.

CAD – Monetary Policy Report
On Wednesday, the Bank of Canada will take centerstage along with other economic data.

The BOC has been one of the few central banks amongst liberal economies (apart from US Federal Reserve) that’s been able to raise interest rates despite the crises and trade war. The Bank of Canada has increased rates four times since 2017 and now expected to deliver another 0.25% rate hike on Wednesday.

What are the chances of a rate hike?
Economists are very optimistic about an additional rate hike and it’s mostly due to the successful conclusion to the NAFTA renegotiation earlier in the month. Therefore, the rate hike sentiments are likely to keep the Canadian dollar supported.

What happens when BOC hikes the Interest Rate?
Until Wednesday, the Loonie is likely to trade bullish as investors will be pricing in the rate hike sentiment.

If BOC actually hikes the overnight rate by 25 base points, we may see a sharp buying in CAD but it can remain short-lived and the market may reverse on profit-taking.

Whereas, in the case of no change in overnight rate, we may see a dramatic selling of at least 100 -200 pips in the first minute of the news release. So, be ready for the opportunity.

So, what can we look forward to at this meeting? It’s Mario Draghi and his press conference.

ECB Press Conference – The ECB is widely expected to stand pat this month, and investors speculate that it may offer hints on its plans to start tapering its bond purchases this year. Any upgrade or downgrade of inflation and GDP forecasts may be indicative of the next moves by the central bank. Overall, no big movement is expected on this release.

USD – Advance GDP q/q
It’s an annualized change in the inflation-adjusted value of all goods and services produced by the economy. The Bureau of Economic Analysis is due to release the US GDP data at 12:30 (GMT). The advanced GDP is expected to plunge from 4.2% to 3.3%. For newbies, if the actual figure rises by more than 3.3%, this will be a solid reason to consider two additional rate hikes from the Federal Reserve.

Impact on different Trading Instruments
US Dollar – The advance GDP figures of more than 3.3% can drive bullish movement in the dollar. However, the Greenback can face a sharp dip upon the release less than 3.3% GDP as it’s already below 4.2% growth rate of the previous quarter.

Gold – Likewise, the negative GDP will drive bullish waves in gold due to the negative correlation between gold and dollar.

Stock Indices – As you know, better than expected GDP is considered good for the economy. But at the same time, it hikes the chances of interest rate hikes. Therefore, on the release of positive GDP, we can expect a bullish momentum in the US stock market indices for the initial hours only. The odds of bearish reversal will stay there as stock market investors don’t really like the higher interest rates.

That’s pretty much it for now. We just covered everything that you need to know before trading the coming week. All the best and stay tuned to FX Leaders for exciting trade setups and forex trading signals.

Have an awesome weekend.

Forex Signals Brief for August 19: No Hawkish Hints from the FED
6 hours ago
USD/CAD Ready to Turn Higher After Softer Canadian Inflation Figures
Consumer inflation cooled off in Canada as well during July, which might be a bearish factor for the CAD
1 day ago