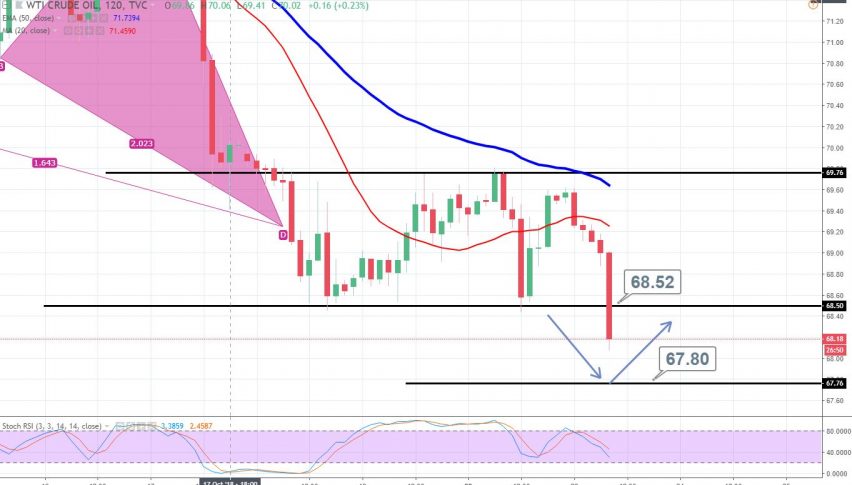 The WTI crude oil dipped more than 140 pips on Tuesday after Saudi Arabia announced it would perform a “responsible role” in energy markets. Saudi Arabia says that it will keep markets supplied despite its booming insulation over the murder of Saudi journalist Jamal Khashoggi, and there are indications that crude shipping from the Middle East is growing.

As we know, the US sanctions on Iran’s crude exports begin next month which are making crude oil bullish. But lately, the intervention of Saudi Arabia and the US-China trade war has placed immense pressure on crude oil prices. 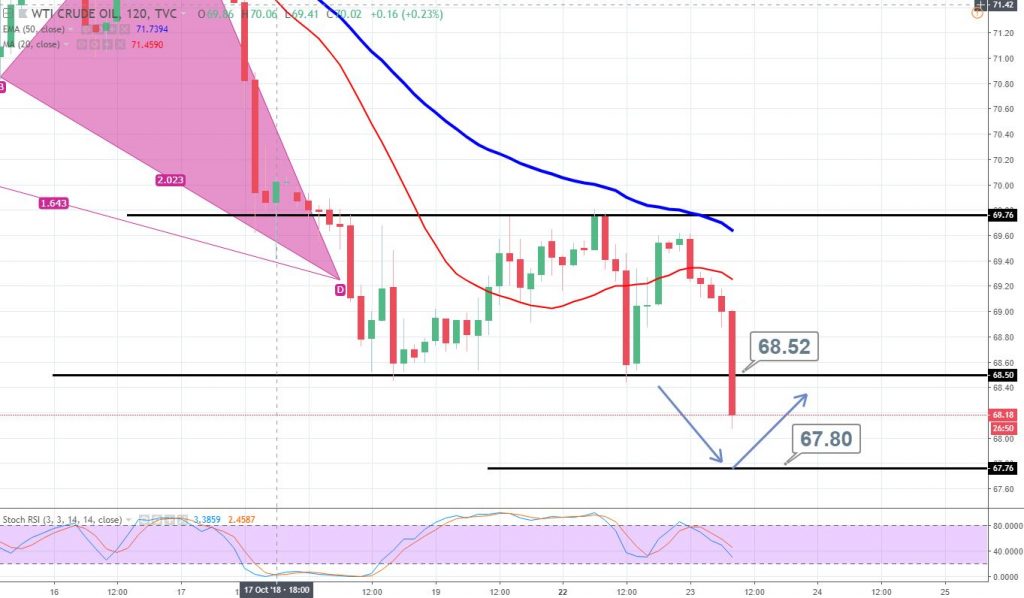 Technically, the black crack managed to break below a triple bottom support level of $68.50. Oil was stuck in a sideways range of $68.50 – $69.75, which has finally been violated. We may see a continuation of bearish momentum until $67.75 or even below.

WTI Crude Oil- Trade Plan
Fellas, the idea is to keep a close eye on $68.50 as crude oil can stay bearish below this level until $67.75. Good luck!