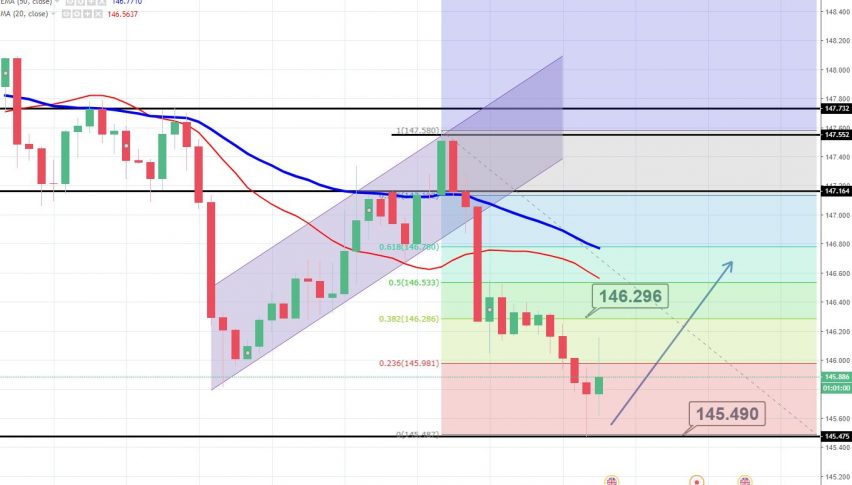 This week, the Pound lost ground against the Dollar, Yen and the Euro as fears mounted that the Irish border issue and conflicts within Britain’s ruling Conservatives over Brexit could see Prime Minister Theresa May face a severe leadership challenge.

Consequently, the Sterling broke down against the Japanese Yen to kick off the trading session on Tuesday, breaking below the ¥145.85 level, which of course is a very negative sign. 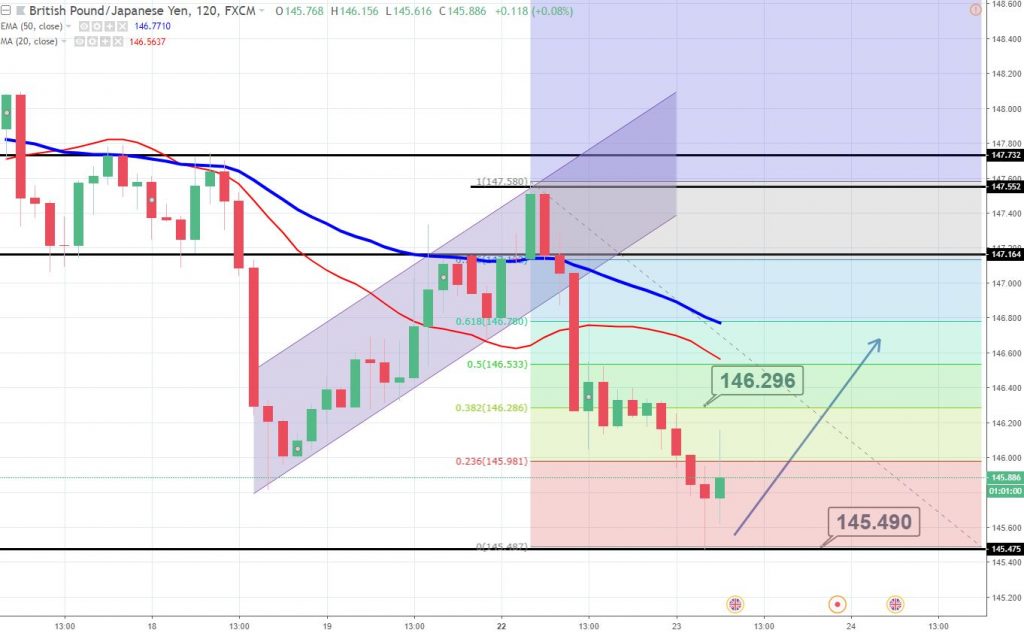 On the 2 – hour chart, the GBP/JPY has formed a spinning top pattern which is a sort of a neutral pattern in nature. But spinning top pattern followed by a sharp bearish trend typically reverses the market sentiment. I think at this point the ¥145.500 level is likely to be a pretty strong support level.