Fortunes Have Shifted For The USD Going Into Today's Late-Session.

Market reversals are the theme today as the weekly closing bell draws near. After a rough open, the U.S. indices have cut losses in half at the midpoint of the U.S. session. December USD Index futures are showing the opposite action, with bears dominating after the posting of fresh early-session yearly highs.

It is an understatement, but today’s action has been volatile. Big losses in the U.S. indices may be erased by the close and the Greenback is in position to end a strong week on a down note. If this is any indication of how the markets are going to behave for the next several months, then we are in for some great trading conditions.

Overview: As of press time, the intermediate-term uptrend in the USD Index remains technically valid. Rates are above the 38% Current Wave Retracement (96.080), up significantly on the week.

The intraday action is something else altogether. The 30-minute and 60-minute charts show steep downtrends. It appears that traders are taking today’s U.S. GDP report as a negative. Analysts projected a drop off in Q3 GDP from Q2’s epic 4.2% number. Even though the value came in at 3.5%, over the industry estimates of 3.3%, the markets have largely viewed this figure as sub-par.

So, is the U.S. economy slowing down? Will the FED rethink its policy of gradual tightening? According to the numbers, the U.S. economic output is decelerating a bit. As for the FED revising its plan for coming rate hikes in observation of this fact ― not very likely.

Shain Vernier // US Analyst
Shain Vernier has spent over 7 years in the market as a professional futures, options and forex trader. He holds a B.Sc. in Business Finance from the University of Montana. Shain's career includes stretches with several proprietary trading firms in addition to actively managing his own accounts. Before joining FX Leaders, he worked as a market analyst and financial writer.
Related Articles
MAs Keep Keeping USD/CAD Bearish
USD/CAD retraced higher today, but the retrace ended at the 50 hourly SMA
9 mins ago
BOE's Bailey Promisses No Negative Rates
BOE governor Baily, said earlier that negative rates are there, but not to touch them
60 mins ago 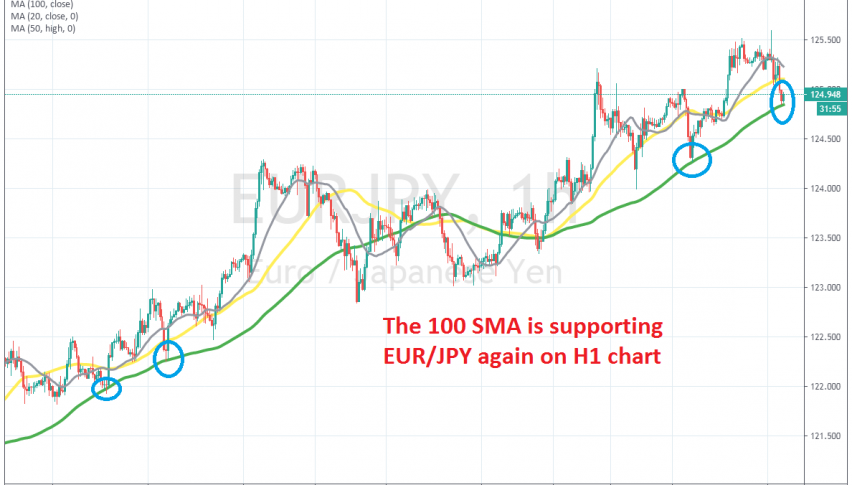