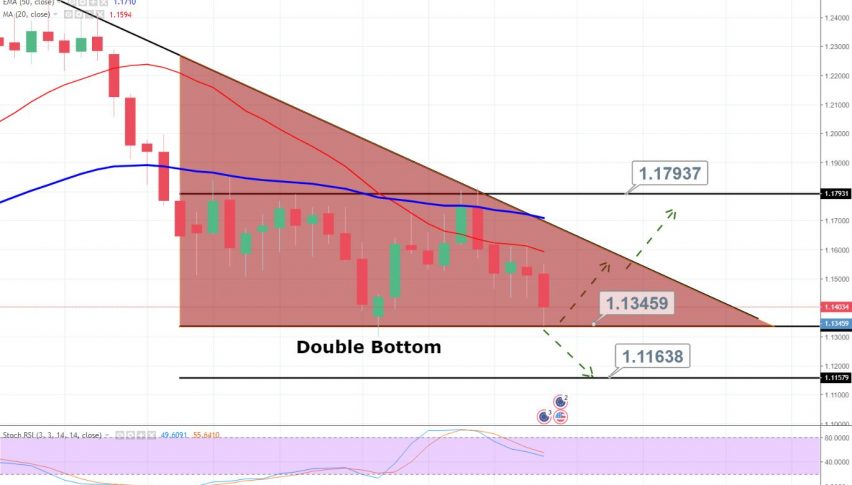 Good morning, fellas and welcome back to another thrilling trading week. The market sentiment is likely to remain mixed as the US economy is forecast to add more jobs. However, the unemployment rate is expected to jump from 3.7% to 3.8%, so it’s hard to say that the investors will trade the market with stronger dollar sentiment.

Speaking about the fundamentals, the market isn’t offering much to trade today, yet, I’m seeing potential trade setups in the forex market. Let’s take a look…

The single currency Euro is trading under massive selling pressure as the European Commission rejected Italy’s draft 2019 budget during the previous week for breaking European Union rules on public spending. Moreover, they asked Rome to submit a new one within three weeks or face disciplinary action.

The European Central Bank also left its interest rate unchanged, driving further bears in the market. Anyhow, the EUR/USD has formed a descending triangle pattern on the weekly timeframe which is supporting the direct currency pair above $1.1335. 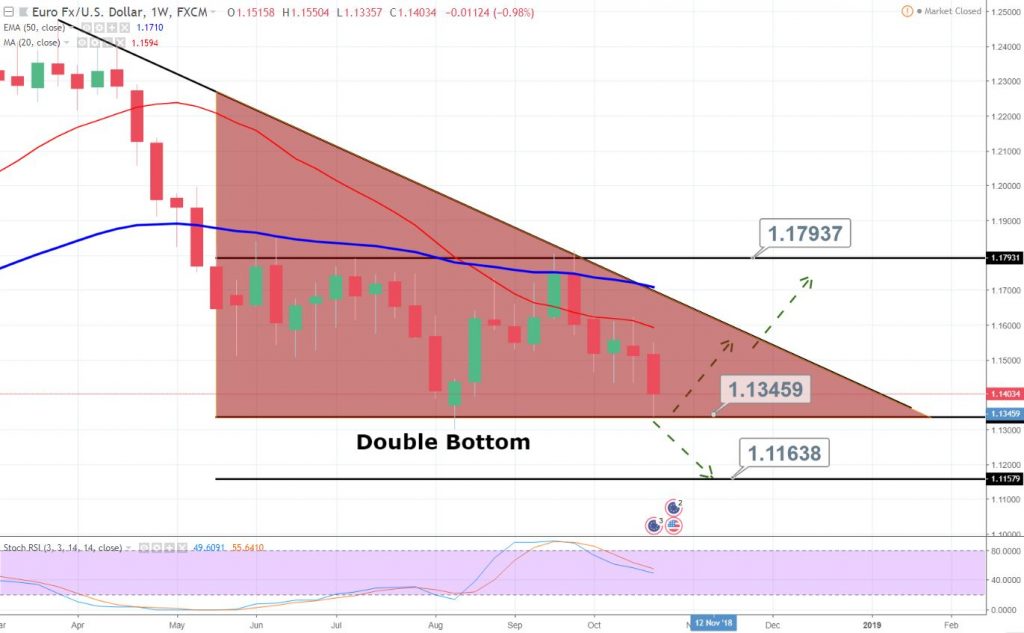 The bearish breakout of this pattern can lead the direct currency pair towards $1.1165. While we may see this pair soaring towards $1.1500 in case the EUR/USD manages to hold above $1.1335.

Personal Spending m/m – It’s a change in the inflation-adjusted value of all expenditures by consumers. The US Bureau of Economic Analysis is due to release the event at 12:30 (GMT) with a slight positive forecast of 0.4% vs. 0.3% previously. Typically, this economic event doesn’t drive major movements in the market.

In the absence of top-tier catalysts, the pair can exhibit choppy trading sessions today. Traders are advised to keep an eye on $1.1385 as the market can stay bullish above this level until $1.1430. While the bearish breakout of $1.1385 can cause a dip until $1.1335 today.

The GBP (Great Britain Pound) continues to struggle against an unyielding Brexit background with no-deal expectations rising as the UK government’s internal strife continues. Most importantly, the Bank of England is likely keeping all monetary policy settings consistent and may decrease growth and inflation forecasts for the foreseeable future, uttering out a message that interest rates are not going to be hiked until mid-2019. 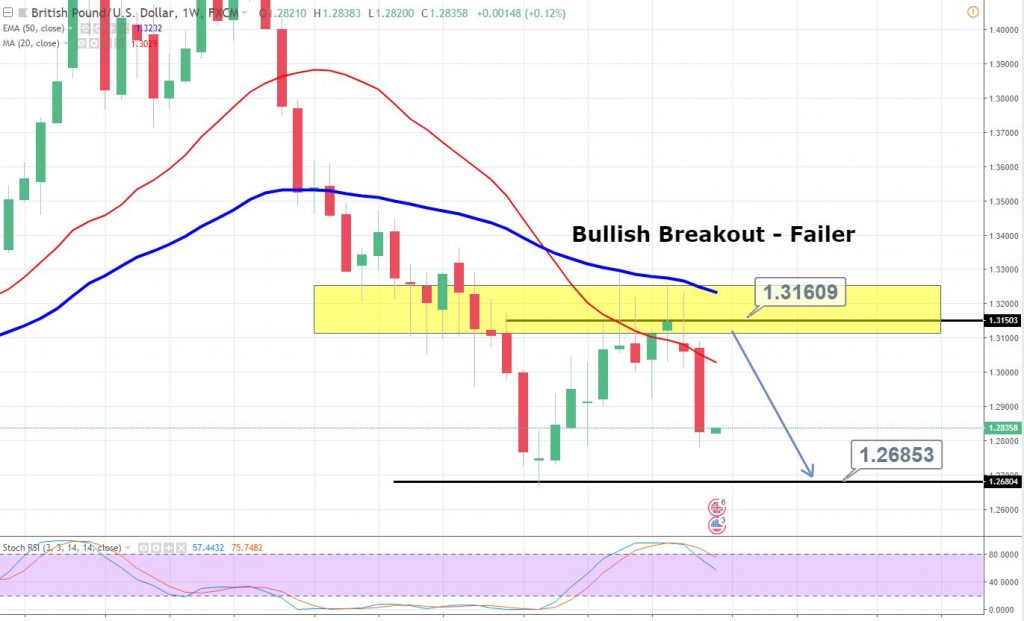 The technical outlook of the GBP/USD remains bearish. As you can see on the weekly chart, the cable tested 20 & 50 periods moving averages but failed to cross them. In fact, the pair closed a couple of doji and spinning top patterns right below the moving average resistance levels of $1.3165.

Later on, the pair dipped and formed a bearish engulfing pattern which is signaling a strong selling bias of traders.

Net Lending to Individuals m/m – At 09:30 (GMT), the Bank of England will be releasing the ”net lending to individuals” with a forecast of 4.1B vs. 4B previously. For all the newbies, the figure shows a change in the total value of new credit issued to consumers. A greater than forecast figure is considered good for currency. 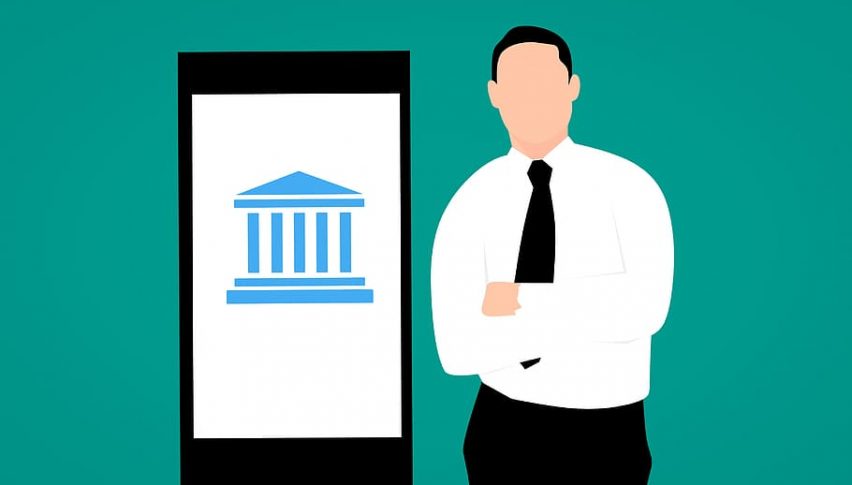 US Budget Deficit to Cross $1 Trillion in 2020: CBO
2 hours ago
Comments