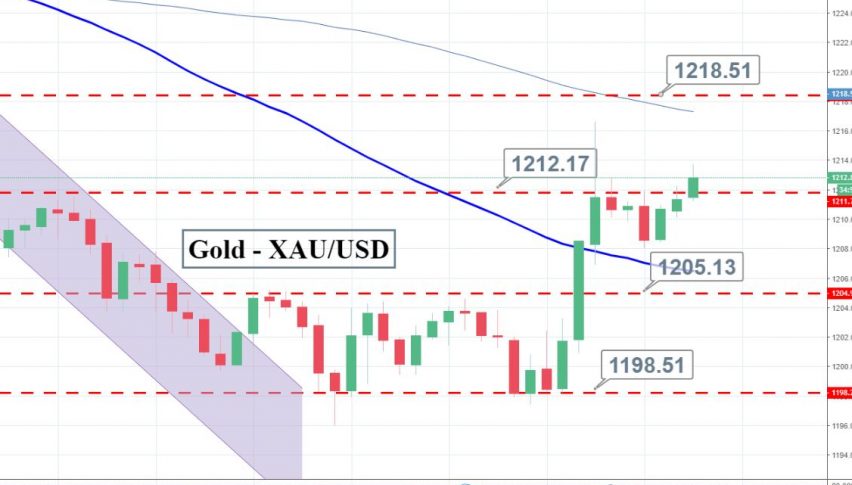 GOLD prices crawled up while the dollar slid, following news that China passed a written response to US trade demand, and that the two nations reopened talks earlier this week to diffuse their trade disputes.

Moreover, investors moved their investments from the dollar to the British Pound following reports that UK Prime Minister Theresa May obtained support from her Cabinet for a draft Brexit deal. The agreement retains the UK within the customs union of the EU for an indefinite amount of time and covers a 21-month transformation period after UK’s departure in March next year. 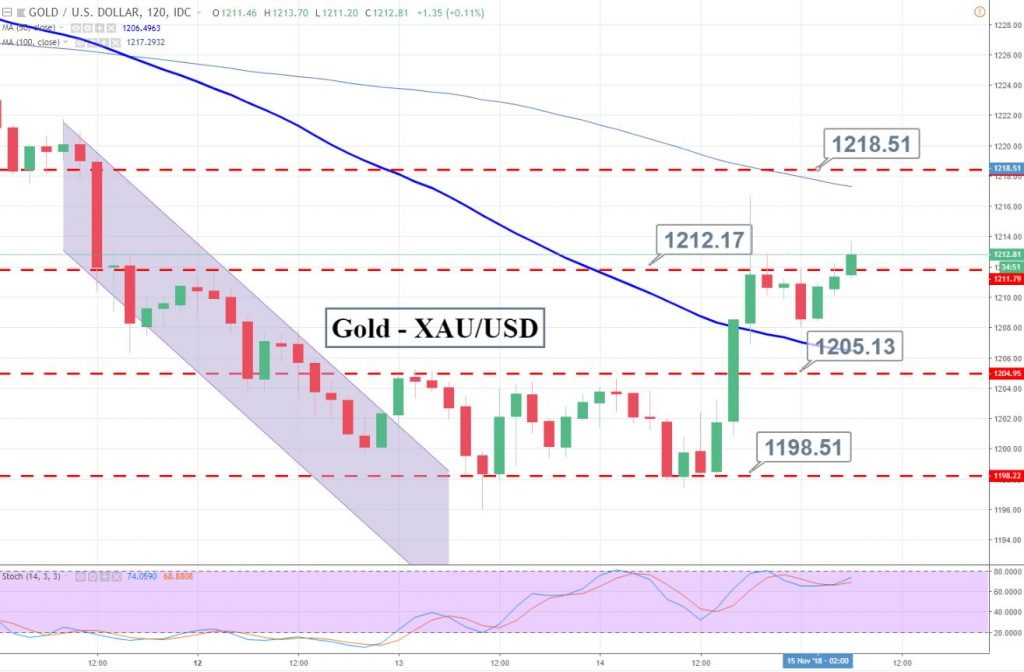 Anyhow, gold is likely to continue trading bullish above $1,211 to target $1,218. On Wednesday, we spoke about the violation of a bearish channel at $1,204 which gave technical analysts another reason to go long on gold.

Thing is, gold has formed three white soldiers on the 2-hour chart which is signaling that the bullish trend has just begun and we may see more upward movement in gold.