Oversold Crude Oil Awaits API Report – is it Going to Support it?

The WTI Crude Oil prices continued to tumble as data showed crude stocks have been growing more than foreseen. According to the American Petroleum Institute (API) report, crude inventories grew by 8.8 million barrels in the week ending November 9 to 440.7 million, compared with an initial forecast for an expansion of 3.2 million barrels.

It’s been happening since the trade war between China and the US has begun. These tariffs are not only impacting the Chinese markets but also their demand for crude oil from the world’s biggest crude importer.

Today, the EIA report will remain in highlights at 16:00 (GMT). The economists are expecting a build of 2.9M vs. 5.8M during the previous week. But keeping the trade war, leniency in Iran’s sanctions and the API report, we can expect a higher build which can make oil bearish.

But you know, the build of up to 8 million is already priced in. So any figure below 8 million can cause a bullish reversal in oil. 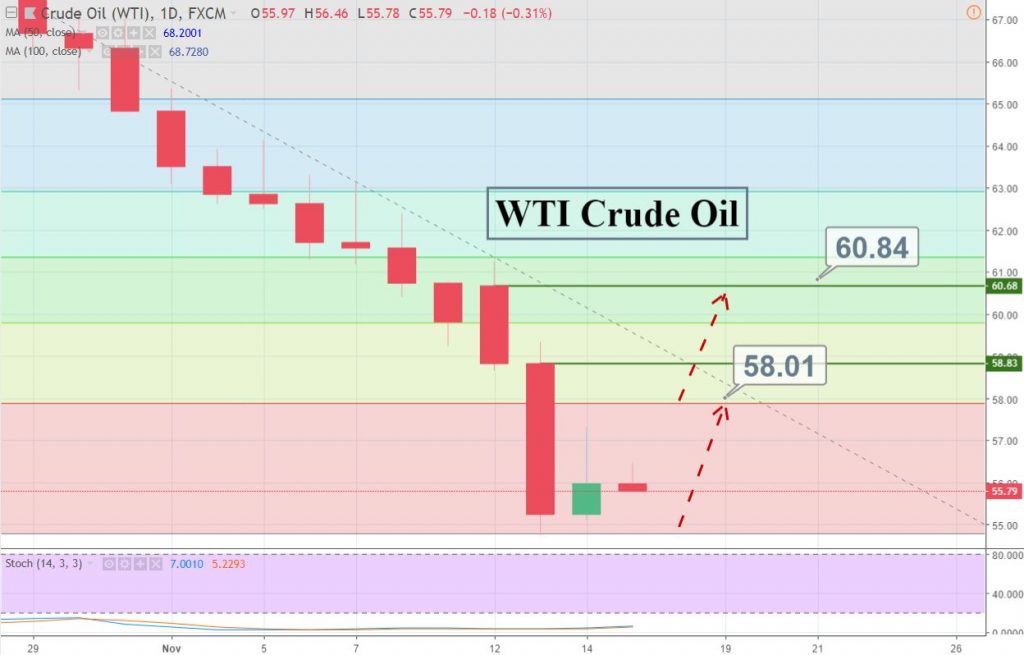 Technically speaking, crude oil is holding above a very significant support level of $55. It has formed a hammer pattern which is followed by a strong bearish trend. In scenarios like this, the investors usually reverse the trend and that’s what I’m expecting today.