EUR/JPY Consolidates in a Range – Breakout Setup on the Cards! - Forex News by FX Leaders 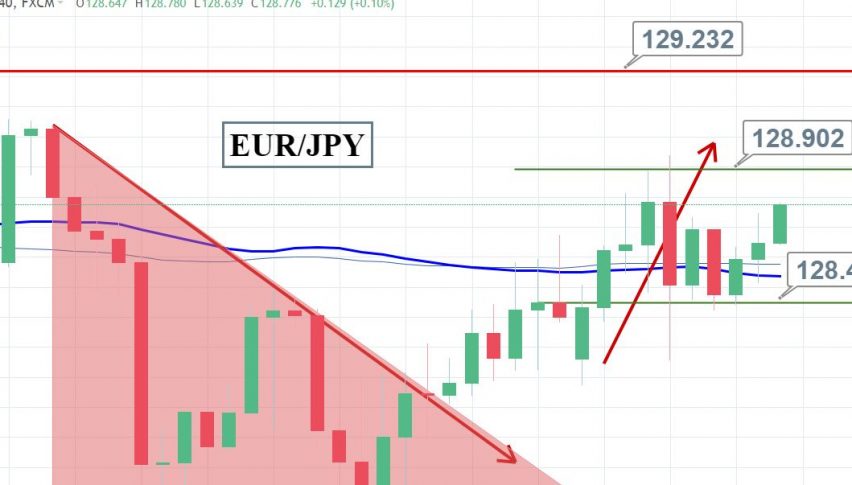 EUR/JPY Consolidates in a Range – Breakout Setup on the Cards!

The safe haven currency JPY plunged broadly after the release of weaker Japanese GDP figures. The Final GDP decreased 0.6%, dropping below the estimate of 0.5%.

In the US, JOLTS Job Openings advanced to 7.08 million but was well short of the estimate of 7.22 million. On Tuesday, Japan released manufacturing data, while the Eurozone released German economic sentiment.

BSI Manufacturing Index – The Japanese Ministry of Finance reported a drop in the manufacturing sector index. For instance, the figure dropped to 5.5 from 6.5, causing further weakness in the safe haven currency today.

While on the other than German ZEW Economic Sentiment picked up from -17.5 points vs. -24.1 points in the previous month.

On the 2 hour chart, the EUR/JPY continues to trade bullish above triple bottom support area of 128.500. Early this morning, the EUR/JPY came down to test the same resistance come support level at 128.447 and bounced off. Since we were already in the EUR/USD trade, it was better not taking this trade considering the risk. 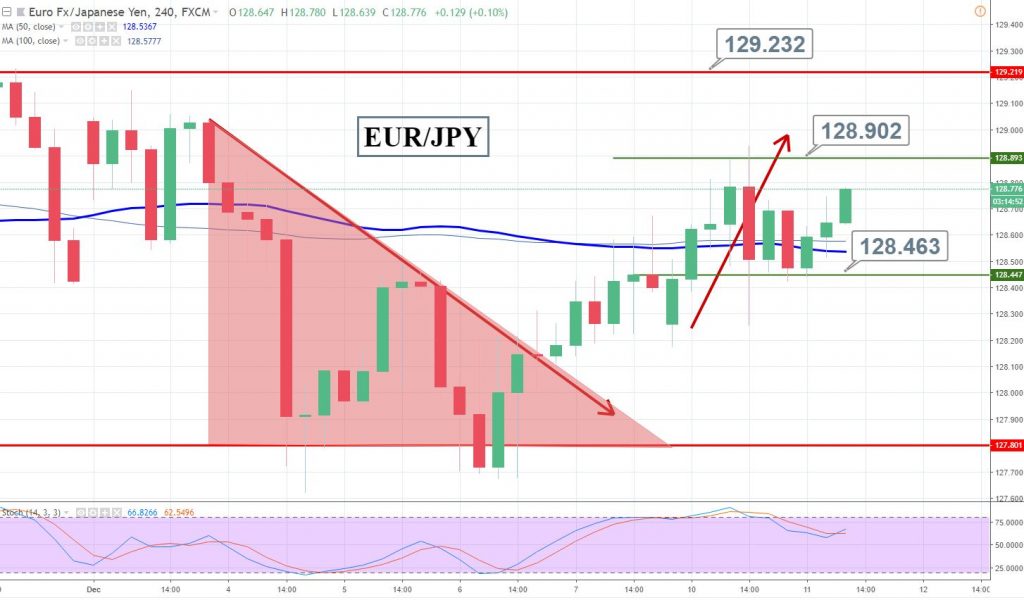