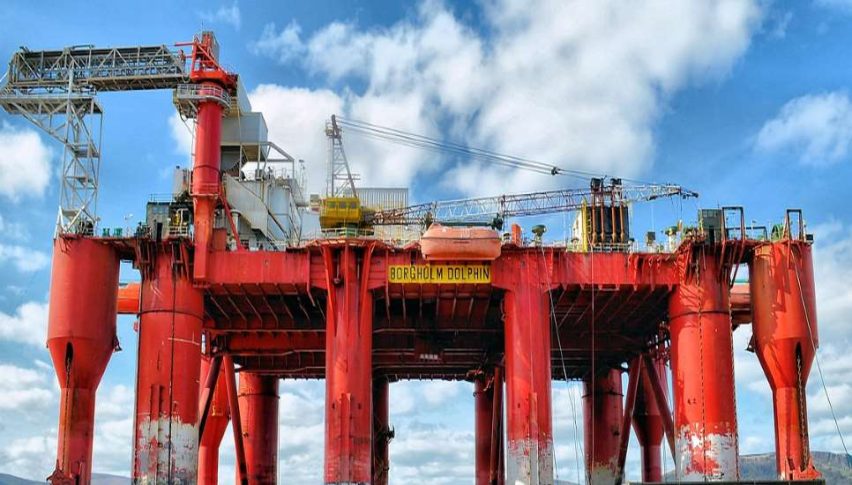 Can WTI Revisit $60.00 Before Fall Seasonality Kicks In?

In a similar vein as last week, the crude oil inventory cycle will be released one day later than usual. The API stocks report is due out this afternoon, while the EIA number will be released tomorrow morning. Here is a quick look at what to expect from each brief:

The past several releases of the EIA inventories report have brought surprise draws on supply. This runs counterintuitive to seasonal trends, with the North American winter months typically bringing builds in stocks on hand. Perhaps tomorrow’s release will be more in line with the seasonality of the crude oil markets.

Since the plunge of late December, February WTI crude oil futures have posted several tests of the 38% current wave retracement ($46.62). At press time, it appears that this level is set up to act as valid resistance yet again.

Here are the two numbers I will be watching intently until Friday’s closing bell:

Overview: The million dollar question for WTI crude oil is whether or not it is going to break out and test the $40.00 or $50.00 level sometime in the near future. As long as the daily 38% retracement holds up as topside resistance, then this market is in a position to continue the recent downtrend and fall away to $40.00.

However, if we see a weak set of inventories figures, traders may begin taking an early-year long stance toward oil. For now, we will simply have to wait and see what develops in the next 24 hours.