Economic Events Outlook, Jan 24 – What to Expect from the ECB’s Policy Meeting

Good morning, folks.
Most of the trading instruments are quiet except the Aussie. As we reported earlier, the National Australia Bank (NAB) raises mortgage rates by 12 to 16 basis points from January 31. NAB said the rate rise is due to a sustained increase in funding costs. It came out as a surprise, triggering a dramatic sell-off in the Australian dollar.

Anyway, it’s a done event now and we can’t do much about it. However, I would like to help you with the European Central Bank interest rate policy. During the last few weeks, central banks have been under the spotlight due to changes in their monetary policy, especially the US Federal Reserve. The rest of the world is also looking to make adjustments to stabilize the prices and exchange rates.

If you’re looking to trade ECB rate decision, then you better keep reading till the end.

ECB Monetary Policy Event – Today, the European Central Bank will release the minimum bid rate at 12:45 (GMT) along with a press conference at 13:30 (GMT). Let’s evaluate the previous policy meeting.

Mario Draghi: The European Central Bank settled the Quantitative Easing program, or bond-buying scheme, at the end of 2018. It proposed that the first-rate hike is likely in September 2019, but this can be pushed forward due to changes in macroeconomic events.

Italy is likely to enter a recession due to worsening Debt to GDP ratio. The figure has soared to 131.8% of GDP which is insane.

France is suffering from protests which are causing a slowdown in economic activity. Their Debt to GDP ratio has jumped to 97%.

Germany, the Eurozone major business hub, has a Debt to GDP ratio of 64.1%. 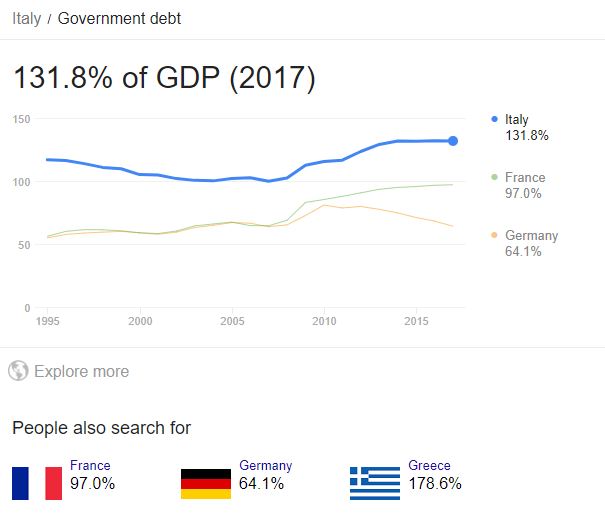 In today’s policy meeting, President Mario Draghi is surely not increasing the interest rates but he could express more caution in the press conference, weighing on the Euro. ECB’s positive outlook for the upcoming months can boost the demand for the single currency.

Now let’s speak about the EUR/USD:

The EUR/USD is consistently trading in the thin trading range of 1.1420 – 1.1320. It’s mostly because traders are awaiting the ECB policy decision before taking any positions today. The pair is very likely to break out of this range upon the release of policy decisions.

For now, it’s logical to expect dovishness from the ECB. So, investors are selling the rumors to buy the fact. They seem to price in a dovish policy, and we may see a bullish reversal in Euro if this policy meeting reveals a less dovish tone than we are anticipating. 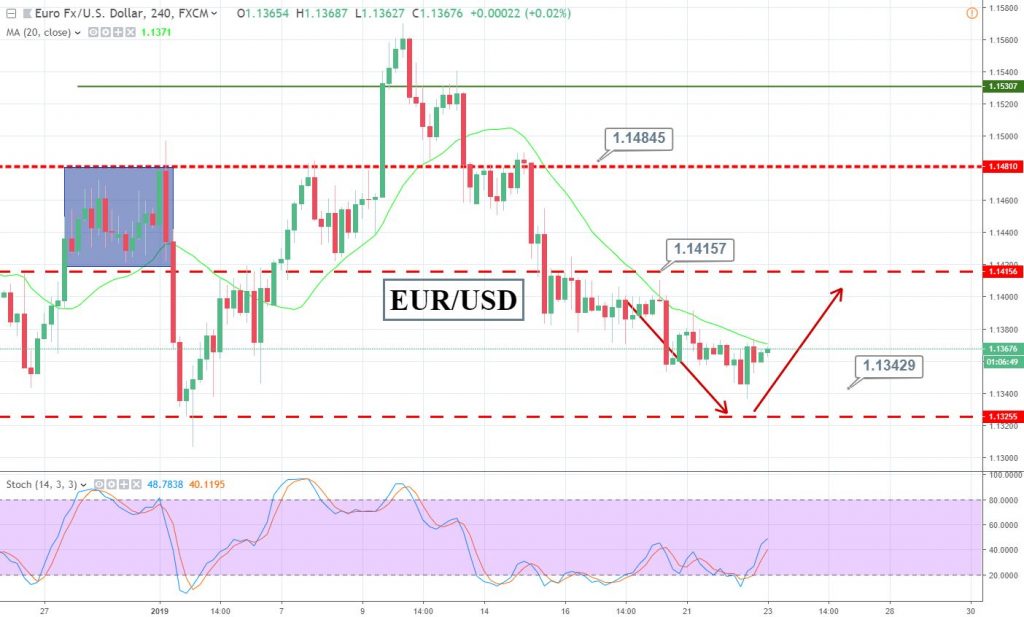