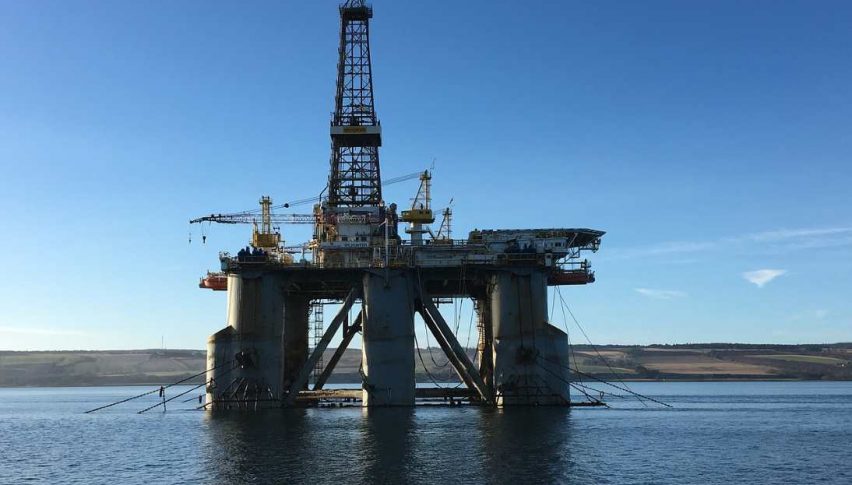 For The First Time In Two Weeks, Oil Supplies Are Up.

Due to the observance of President’s Day, the weekly crude oil inventory cycle was delayed by one session. However, the EIA report came across newswires earlier today, rounding out the reports. Energy traders appear to be largely discounting the numbers, as April WTI crude oil has rotated in a tight daily range near $57.00.

Here is a look at this week’s oil inventories data:

At the moment, the seasonal trend of increasing supply is holding true. Oil stocks showed a week-over-week build, indicating that demand has not quite caught up to production and storage capacity. However, this dynamic is beginning to shift as we are seeing more bids hitting the April WTI crude market.

Today’s rangebound WTI crude oil market has brought a bit of a rally to the USD/CAD. Rates have rotated toward the bull, bringing several topside resistance levels into play.

As long as Wednesday’s bottom (1.3150) remains the daily swing low, then the following levels are valid:

Bottom Line: Given the current bullish participation in the WTI crude market, a position short from topside resistance in the USD/CAD is not a bad way to trade the Loonie. Until elected, I will have sells queued up from 1.3219. With an initial stop at 1.3251, this trade produces 65 pips on a 1:2 risk vs reward management plan.