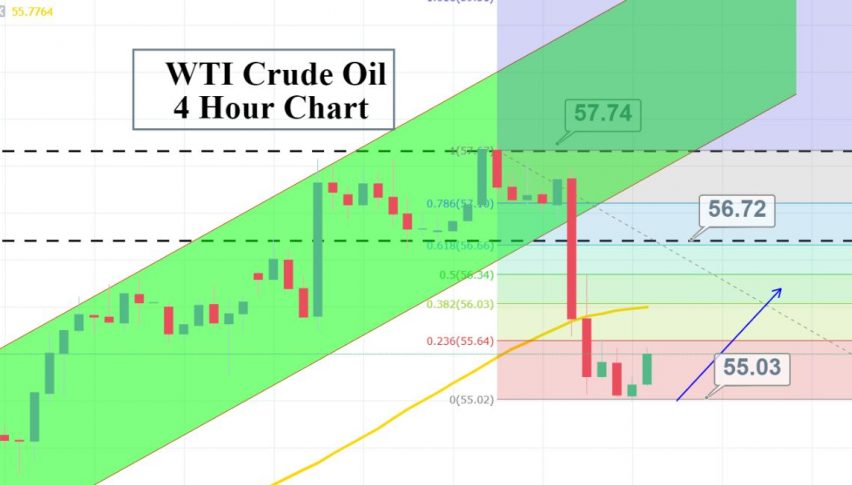 WTI crude oil fell dramatically from $57.70 to $55, breaking out of the bullish channel. The sell-off was triggered after the US President Donald Trump called on OPEC to reduce its attempts to boost the oil prices.

Crude oil prices were heading north over the past couple of weeks as the weaker dollar and the US-China trade deal increased oil demand in the international market. Trump never likes expensive crude oil as it boosts the cost of goods sold. Thereby, he expressed concern about oil prices and repeated his previous calls to the Organization of the Petroleum Exporting Countries (OPEC) to keep prices steady.

As you can see on the 4-hour chart, oil has violated a bullish channel to place a low at $55.02. The WTI is in oversold territory now and it needs to retrace back before exhibiting further selling.