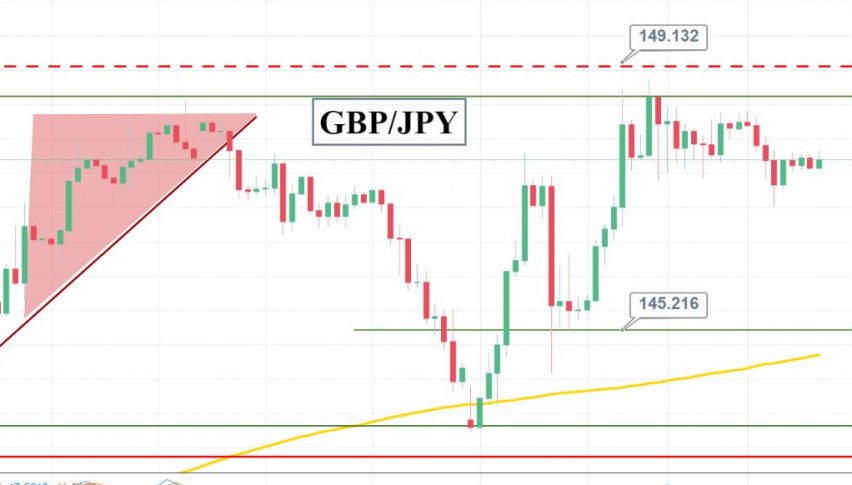 GBP/JPY Steady Despite Surprising Employment Report from the UK

The market is still lacking volatility despite the surprising surge in the UK labor figures. In case you are wondering, the market usually behaves this way ahead of major macroeconomic events. Investors focus stays on the FOMC and Fed Fund Rate which is due to be released tomorrow on Wednesday.

The UK employment report showed robust health in the three months through January, despite a Brexit-induced slowdown in the overall economy. Employment scored a record high in more than a decade as companies struggled to fulfill vacancies.

Average Earnings Index 3m/y rose by 3.4% vs. 3.2% forecast. While the Unemployment Rate fell to 3.9% vs. the forecast of 4%, indicating growth in the UK’s labor sector.

Typically an event like this drives strong bullish waves but the market hasn’t shown much movement over this. GBP/JPY continues to trade steady below a strong resistance level of 148.650. It’s sort of an upper range which is keeping the market lower.

On the 4 hour timeframe, we can see a tug of war among bulls and bears as they are unable to determine whether to go long or short ahead of FOMC tomorrow. So the idea is to stay bearish below $148.650 and bullish above $147 today.