GBP/USD Consolidates in a Range, Bracing for the BOE Rate Decision - Forex News by FX Leaders

GBP/USD Consolidates in a Range, Bracing for the BOE Rate Decision

The British Pound trades mildly against the US dollar at $1.3164 after placing a high around $1.3230. The bullish trend in all the direct pairs was triggered after more dovish than expected remarks from the Fed Chair Jarom Pawwell. Federal Reserve chose to keep interest rates steady and indicated that no more hikes will be coming this year. After the announcement, 10-year Treasury yields plunged to their weakest level in a year.

As of now, GBP/USD has absorbed the impact of FOMC and Fed fund rate. The pair now is ready to brace the impact of monetary policy.

Retail Sales – The UK retail sales grew by 0.4% in February 2019, with a decline of 1.2% in food stores offset by growth in all other main sectors.

The Bank of England interest-rate decision is due to be announced today at 12:00 (GMT), just a week before the UK’s planned March 29 exit date which is now very likely to be shifted to June 2019. I think it will be unwise to play with the interest rates during this crucial time. 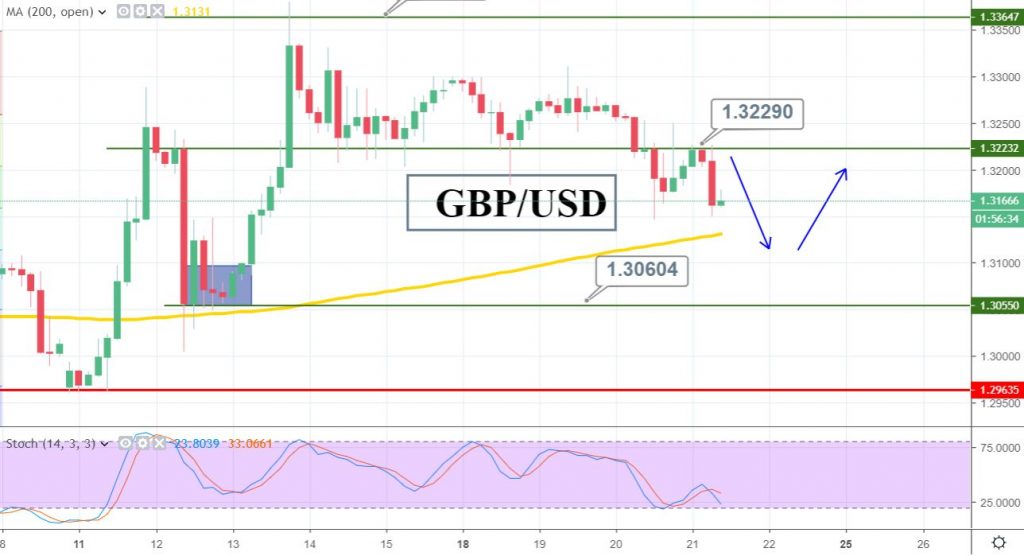 The technical outlook remains mostly unchanged. GBP/USD is facing a strong resistance around 1.3225. During the previous week, the same trading level supported the GBP and now it’s likely to work as a resistance.

The GBP/USD pair is forming a bearish engulfing pattern on the 3-hour chart, suggesting a strong bearish bias of investor. On the lower side, GBP/USD can find support around 1.3050 today.

Summing up, the BOE isn’t expected to hike the rate. In fact, they aren’t even expected to lower it. However, bullish remarks from MPC members can trigger buying in GBP/USD today.