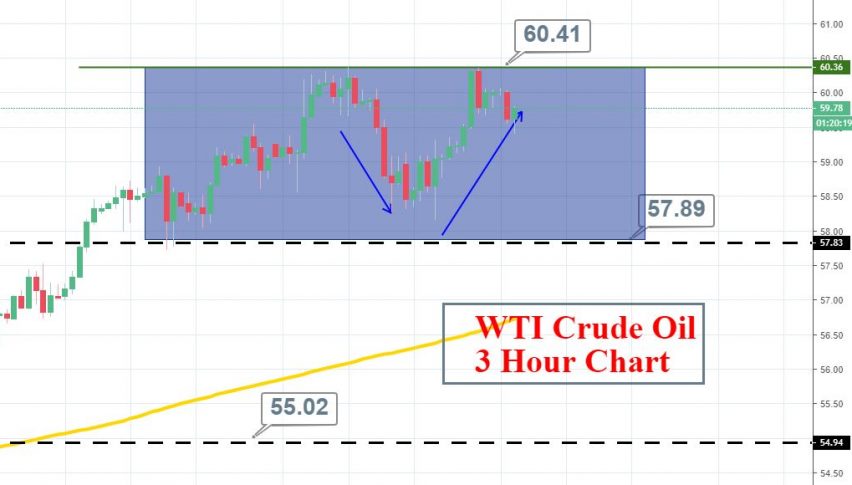 Crude oil traded bullish to place a high around $60 as traders remained wary over the supply outlook. Two things that you should consider today include the EIA stockpile report and technical setups that can help us in trading.

The American Petroleum Institute (API) reported a build in crude oil stock by 1.93 million barrels for the week ending March 22. The figure missed the analyst expectations of a 1.1-million-barrel draw.

During the previous week, the API surprised the market with a draw in crude oil of 2.133 million barrels. A day after, the EIA announced a draw of a much larger amount of around 9.6 million barrels.

We have an EIA report today at 14:30 (GMT). Economists are expecting a draw of -1.1 million barrels in crude oil inventories which is sort of bullish, but less optimistic than -9.6 million draws during the previous week. Less than expected draw or a build in inventories can trigger a sharp sell-off in the market.

Looking at the technical side, crude oil is facing stiff resistance at $60.40 along with support around $58. The 200 periods moving average is far away from the current market price, confirming a bullish trend in oil. 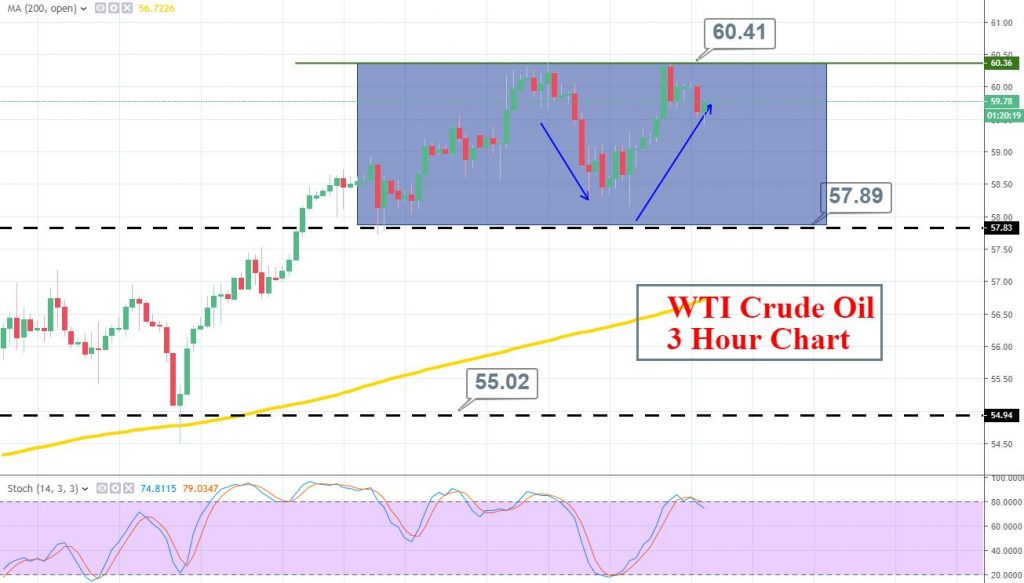 The idea is to stay bearish below $60.40 and bullish above $60.50 with a 60 pips take profit and 30 pips stop loss. Be careful during the EIA report as the market may offer us quick trades today.