Is it Worth Selling Crude Oil Ahead of EIA Report? Let’s Find Out - Forex News by FX Leaders

Is it Worth Selling Crude Oil Ahead of EIA Report? Let’s Find Out

A day before, the American Petroleum Institute (API) reported a slight rise in the US crude oil inventories by 3 million barrels.

The Energy Information Administration (EIA) is due to release a weekly report on the crude oil inventories. By the way, it’s a more closely watched data than API report. During the previous week, the API announced a surprise build in crude oil of 1.93 million barrels. A day later, the EIA reinforced the build, predicting that oil inventories had increased by 2.8 million barrels.

Recalling FX Leaders April 3 – Economic Events Outlook, the EIA is due to release the inventories data at 14:30 (GMT). For beginners, typically there’s a positive correlation between EIA and API reports.
The EIA figures are expected to show a slight draw of -0.7M vs. 2.8M beforehand. But you should be ready to capture a build in inventories as API reported. 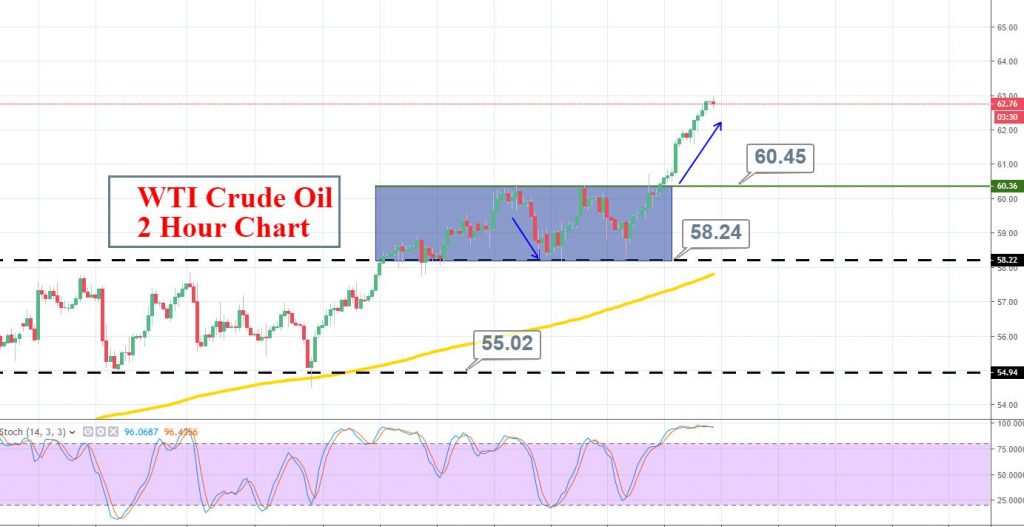 WTI Crude Oil – Trading Plan
Crude Oil is trading in the overbought zone after a series of fundamentals. However, the doji candle on 4-hour timeframe can trigger a sell-off in crude oil today.