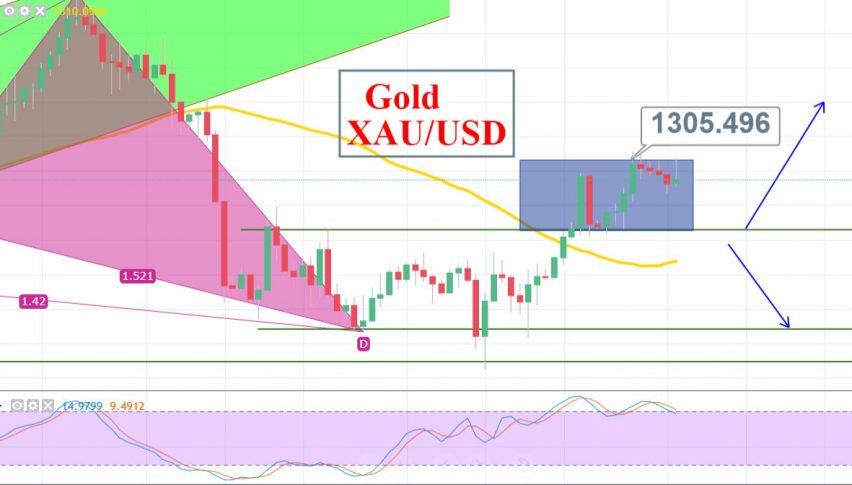 On Tuesday, the precious metal gold trades below the weekly high level of $1,306. Most of the surge in commodities was triggered as the dollar and equities declined after the International Monetary Fund cut its global economic growth forecasts for the year. On Wednesday, gold added around 0.5% to trade at $1,303.9, having hit its highest since March 28 at $1,306.09.

What triggered a bullish bias?

The main reason behind the sharp buying in gold is the risk-off sentiment. Investors jumped towards gold after the IMF downgraded global economic growth from 3.5% to 3.3%.

Secondly, the People’s Bank of China bank acquired another 11.2 tonnes of gold in March, carrying its total reserves to 1,885 tonnes. Turkey also increased its holdings.

Thirdly, the traders await the FOMC meeting minutes for March meeting, which are due later today. Recalling the fact the Federal Reserve shifts its hawkish tone to dovish during the previous policy meeting, any further shift in tone can trigger volatility in gold. 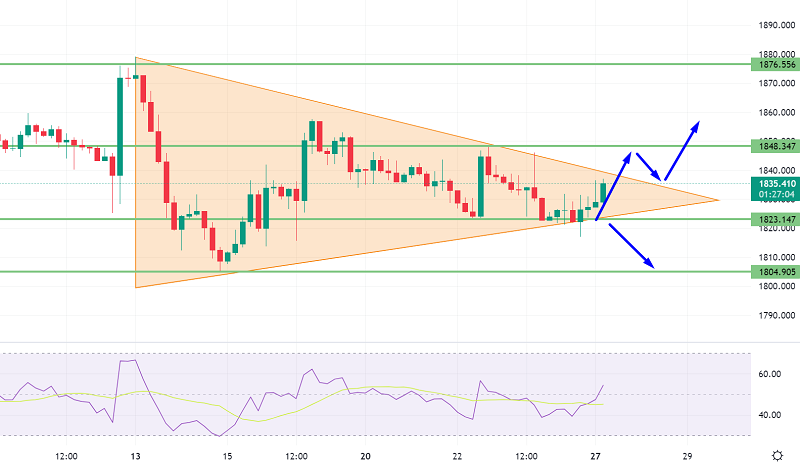