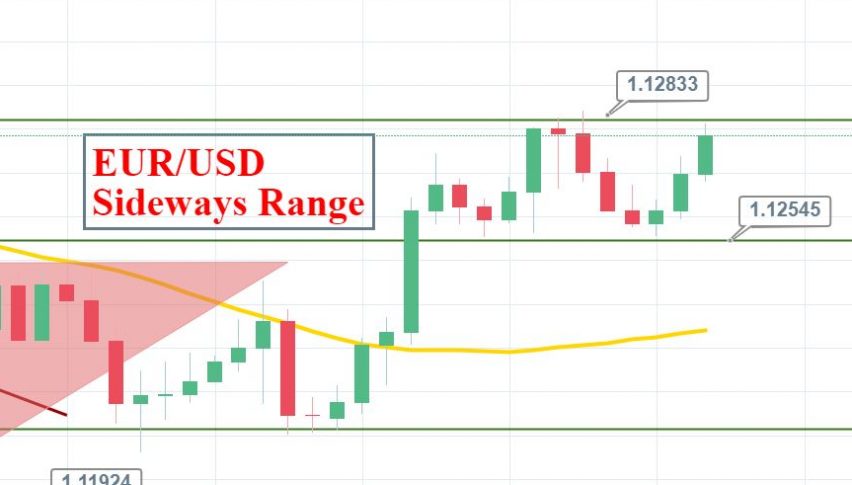 At today’s meeting, the Governing Council of the European Central Bank (ECB) concluded that the interest rate on the principal refinancing transactions and the interest rates on the marginal lending facility and the deposit facility will remain steady at 0.00%, 0.25% and -0.40% respectively. But that doesn’t mean ECB President Mario Draghi won’t have plenty to argue about.

Optimistic Economic Event
Since the March meeting, Eurozone economic figures have shown signs of upholding, though it’s still too early to verbalize the all-clear. For his part, Draghi is expected to change his tone a bit to support the weaker Euro. There’s not much we can do other than wait for the Press Conference.

So far, the EUR/USD hasn’t shown any reaction to this as that’s something everyone had expected. But now, the focus shifts to ECB Press Conference. The pair is facing resistance at 1.1280 and support at 1.1250. Consider taking positions only on breakouts as the sideways channel isn’t too big to yield profits.