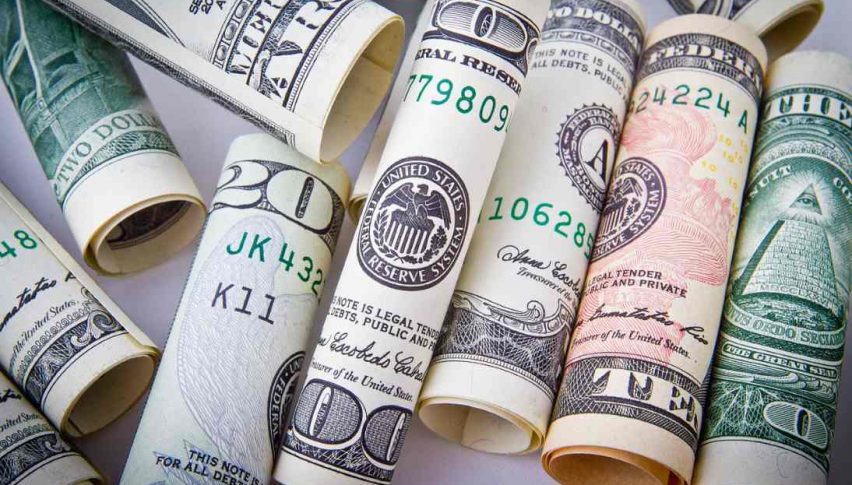 Top Things to Watch in the Upcoming Week, Apr 15-19

The previous week in the financial markets closed with slight volatility. Stock markets are narrowly mixed as most indices of China, Taiwan, and Hong Kong edged higher, leaving the MSCI Asia Pacific Index insignificantly dizzy on the week.

The Greenback reached another multi-year bear market against the Euro in more than two weeks. Most of the sell-off was triggered on reports that a foreign bank was preparing to fund an acquisition of a European company. Moreover, recent signs of Chinese economic stability and a strong start to US corporate earnings season fueled demand for riskier assets.

During the previous week, Brexit got delayed to Halloween, and the ECB and the Fed remained cautious. Now, what’s next?

The upcoming week is somewhat limited to Chinese GDP and retail sales data from the United States and the United Kingdom. Besides, the manufacturing PMI figures from Eurozone will also remain under the spotlight. Here are the highlights for the next week.

BOC Business Outlook Survey
At 14:30 GMT, the Bank of Canada will be reporting the Canadian business outlook. Actually, it’s a survey of about 100 businesses which asks respondents to rate the relative level of general business conditions, such as sales growth, investment in machinery, employment, inflation expectations, and credit conditions.

The particular report is highly respected as traders try to determine the monetary policy decisions based on the survey results.

The UK labor market is still doing quite well, despite Brexit.

Average Earnings Index 3m/y
It’s a leading indicator of consumer inflation and shows a change in price for businesses and the government pay for labor, including bonuses. When companies pay more for employment, the higher costs are usually passed on to the consumer which leads to inflation.

The UK’s Office for National Statistics reported 3.4% average earnings in April, whereas, economists are expecting a jump to 3.5% this month.

Unemployment Report
The unemployment rate stood at 3.9% in January, and no change is expected. It’s one of the most eyed economic data as it shows a change in the number of people claiming unemployment-related benefits during the previous month.

The Claimant Count Change, which disappointed with an increase of 27K, is expected to rise again, this time by 17.3K. Indeed, the more significant number shows slacks in the labor market, and it will pressure BOE to keep the rates unchanged at 0.75%.

Chinese GDP
The world’s second-largest economy China reported the moderate annual growth of 6.6% in 2018. This may be sluggish for emerging markets but still shows the strength of the Chinese economy.

After recording an annualized growth rate of 6.4% in Q4 2018, another drop to 6.3% is projected. Also note the industrial output, which is expected to pick up from 5.3% to 5.6% in March. A stronger Chinese economy could send the USD and the JPY lower.

UK CPI y/y
The Office for National Statistics will be releasing the UK’s inflation figures at 8:30 GMT. Previously, the UK Inflation rate fell from 2.3% to 2.1% in January 2019. Headline CPI slowed down in the UK, mostly due to falling oil prices. But the March figure recovered from 1.8% to 1.9%.

As we all know, the British economy is struggling with price stability, and one of the primary reasons can be the ongoing Brexit turmoil and slowdown in global economic growth. The good thing is, economists are expecting a rise in UK inflation from 1.9% to 2% this month.

The European economy is due to release a series of manufacturing and services PMI figures on Thursday:

French Flash Manufacturing PMI – The number is scheduled at 7:15 GMT with a forecast of 50 vs. 49.7 beforehand. It may extend slight support to Euro pairs.

French Flash Services PMI – The services PMI will be released along with the Flash Manufacturing numbers. It’s expected to show a slight drop from 51.5 vs. 51.4.

German Flash Manufacturing PMI – The German PMI is usually published 15 minutes after the French PMI. French services and manufacturing PMI at 7:30 GMT. It’s forecast to rise from 49.7 to 50.

German Flash Services PMI – It’s scheduled with a forecast of 50 slightly above the previous month’s figure of 49.7.

US – Retail Sales m/m
The Census Bureau is due to release the retail sales data at 12:30 GMT. It’s the primary gauge of consumer spending, which accounts for the majority of overall economic activity. In March, retail sales fell 0.2% vs. the forecast of 0.9%. While core retail sales dipped to -0.4%.

This month, both figures are projected to increase now: 0.7% on the headline and 0.7% in core sales.

On Friday, the market will remain closed in the observance of Good Friday so we won’t have much to trade. Good luck!