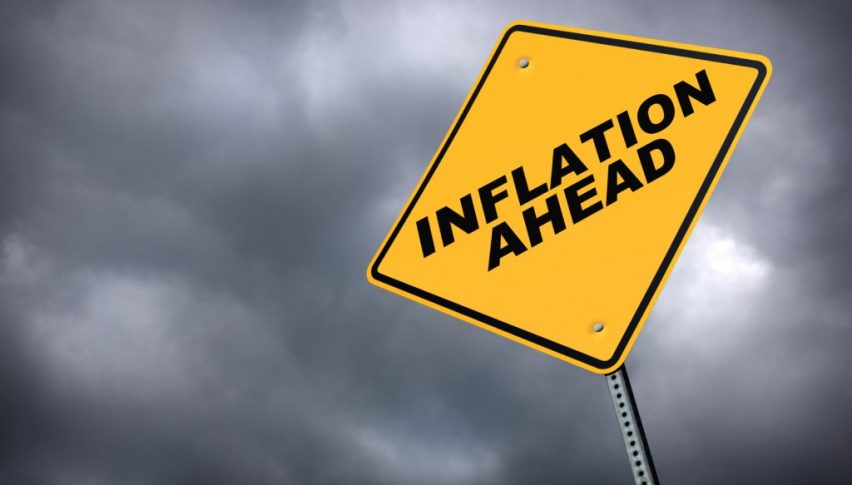 It’s quite a day as the market began with a series of high impact economic events from China. The world’s second-largest economy China grew 6.4% in the first quarter from a year earlier. Outrightly, it’s not only above the economist forecast, but it also beat the market expectations. Considering the ongoing trade war between the US and China, investors expected a moderate growth of 6.3%.

The release has surprised the market and triggered the risk-on sentiment, which means investors are feeling confident about investing in the stock market, keeping the bullions bearish.

UK CPI y/y
The Office for National Statistics will be releasing the UK’s inflation figures at 8:30 GMT. Previously, the UK Inflation rate fell from 2.3% to 2.1% in January 2019. Headline CPI slowed down in the UK, mostly due to falling oil prices. But the March figure recovered from 1.8% to 1.9%.

As we all know, the British economy is struggling with price stability, and one of the primary reasons can be the ongoing Brexit turmoil and slowdown in global economic growth. The good thing is, economists are expecting a rise in UK inflation from 1.9% to 2% this month.

UK PPI Input m/m
It shows a change in the price of goods and raw materials purchased by manufacturers. The report is coming out along with CPI, but it carries less importance than Inflation. Producer Price Index is expected to drop from 0.6% to 0.3%.

European Final CPI y/y
At 9:00 (GMT), the Eurostat will be releasing Eurozone inflation report. If you have been following us, you must be aware of Eurozone crises. Besides other economic events, their inflation has also suffered extensively, falling down from 2.2% in November 2018 to 1.5% in March.

Today, another drop of 0.1% is forecast by economists which could drag the overall inflation to 1.4%. So this is going to place a bearish pressure on the single currency Euro today.

Canadian CPI m/m
Lately, the Canadian inflation rate has recovered after suffering severely due to improvement in crude oil prices. In March, the CPI figure came out at 0.7%, beating February’s gains of 0.1%.

It’s exciting to see that economists are expecting CPI inflation rate of 0.7%. I think it’s reasonable to assume such a rise in the inflation rate especially if the oil prices are stable from a couple of months now.

Canadian Trade Balance
While the Canadian trade balance of 4.2B is likely to narrow by 0.7B to market 3.5B trade. Narrowing trade deficit is suitable for both the currency and the economy, and this may support the Loonie today.