DAX Trades Lower Over Weak Economic Data from the Eurozone

Weaker than expected manufacturing and services PMI figures has caused European markets to fall. The German DAX was down by 0.3% after the release of German manufacturing data.

Data released today revealed that Germany’s services sector posted a seven-month high in April, but the manufacturing sector reading came in at 44.5, well below the 50.0 mark and depicting contraction. 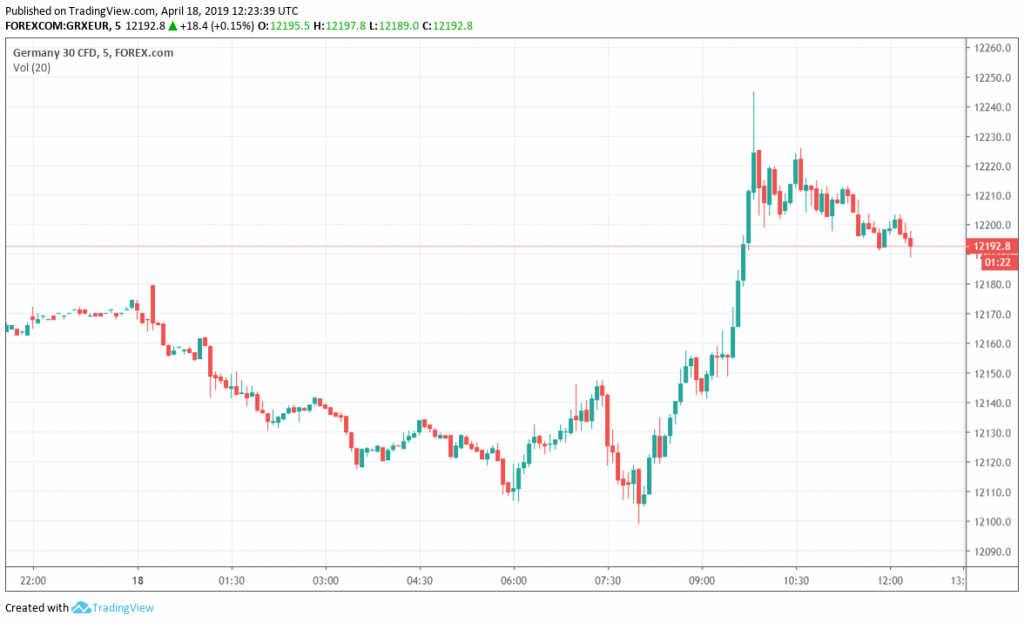 Germany is one of the most powerful economies in the EU and weak economic figures can potentialy impact the overall economic growth across the entire European Union. At the time of writing DAX continues to trade below 12200.