WTI Crude Oil prices have fallen after the EIA announced a shrinking in stockpiles for the first time in four weeks. Furthermore, the decline has come in well below the API estimates released earlier.

Since the beginning of this year, crude oil had registered a 40% rise over OPEC and allies cutting oil production, tightening supply from Venezuela and US imposing further sanctions on Iran. EIA stockpiles for WTI crude oil fell by 1.4 million barrels during the previous week. 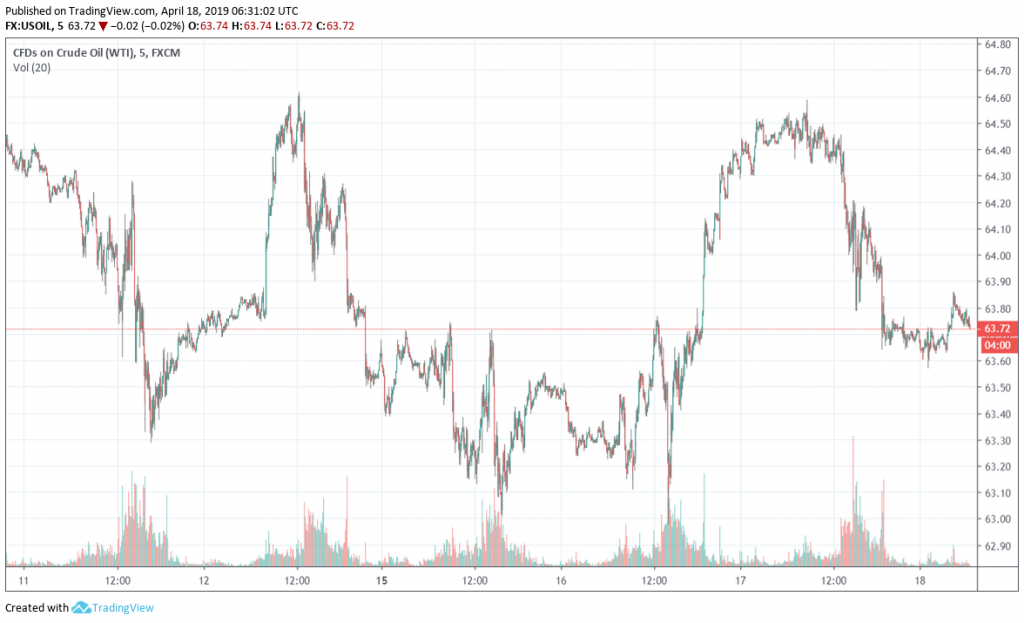