US to Announce End of Waivers on Iranian Oil Imports? - Forex News by FX Leaders

US to Announce End of Waivers on Iranian Oil Imports?

The Four-Day Win Streak For WTI Crude Oil Is Being Challenged.

WTI crude oil prices rallied over two percent higher on Monday, touching the highest levels in nearly six months over news reports that the US is planning to announce an end to sanction waivers for Iranian oil.

On Sunday, Washington Post reported that the US is expected to make an announcement today calling for everyone to stop importing oil from Iran or be subject to sanctions by the US. The US had reimposed sanctions on Iranian oil exports back in November 2018 following Trump’s decision to pull out of a 2015 nuclear accord between Iran and six other countries.

However, the US had granted waivers of sanctions to eight leading countries that imported oil from Iran, permitting them to make limited purchases for a period of six months. This move puts additional strain on a tight market that is already reeling from production cuts by OPEC since the beginning of this year. 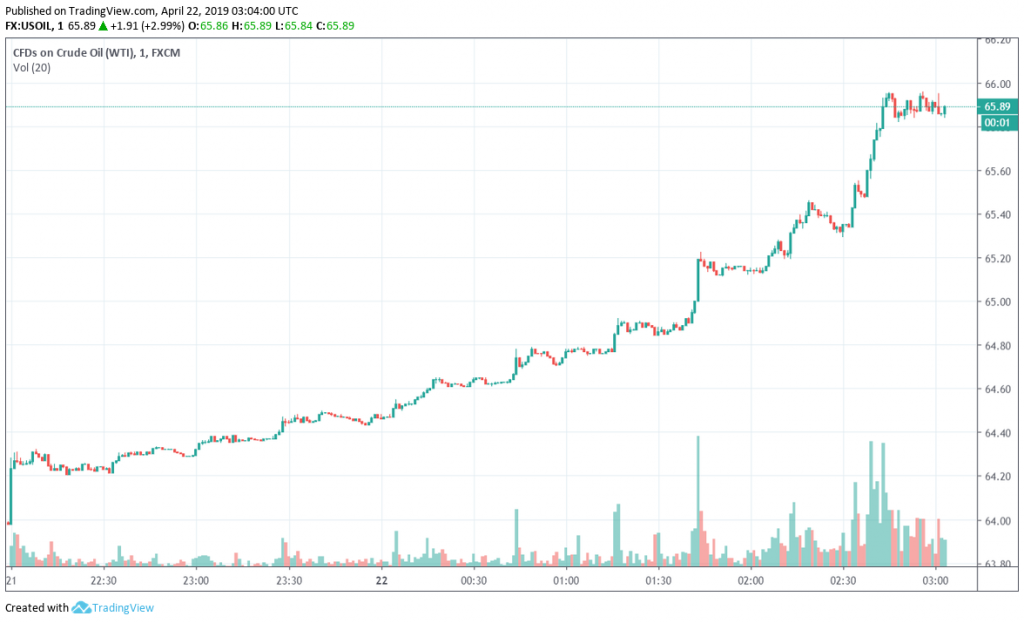 At the time of writing WTI crude oil is trading around $65.90, well above the range it had been trading in last week.