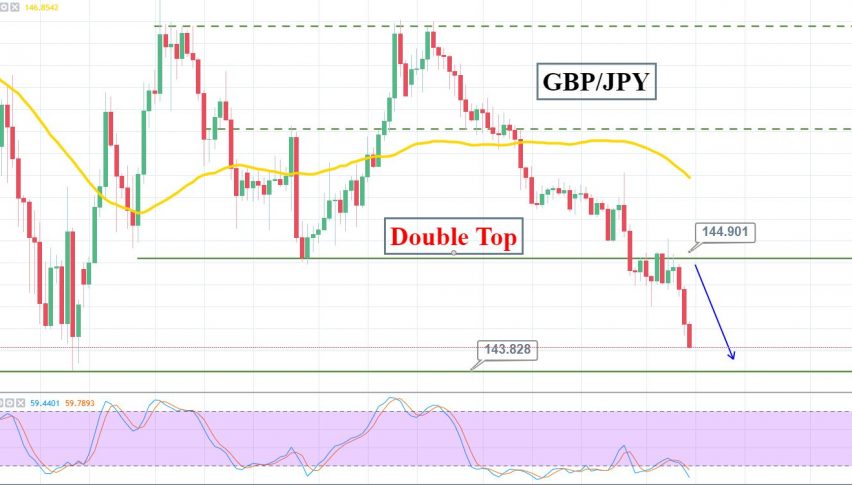 First things first, according to the Confederation of British Industry, the UK retail sales grew for the first time since November 2018 in April. The review of 110 firms, of which 55 were retailers, recorded that sales volumes expanded for the first time in five months, likely backed by the later timing of Easter this year. Despite that, the Sterling failed to gain support as it’s falling dramatically against the JPY.

The last ‘Double Top’ pattern led to the current decline in the GBP/JPY, so all the Moving Averages have been violated. It’s likely that the market is going to continue falling in the short term towards the previously tested support at 143.83 – 143.71.

We may have a buying opportunity here if the market manages to close above 143.800. An upward correction can lead the Japanese cross towards the resistance level of 144.83 – 145.