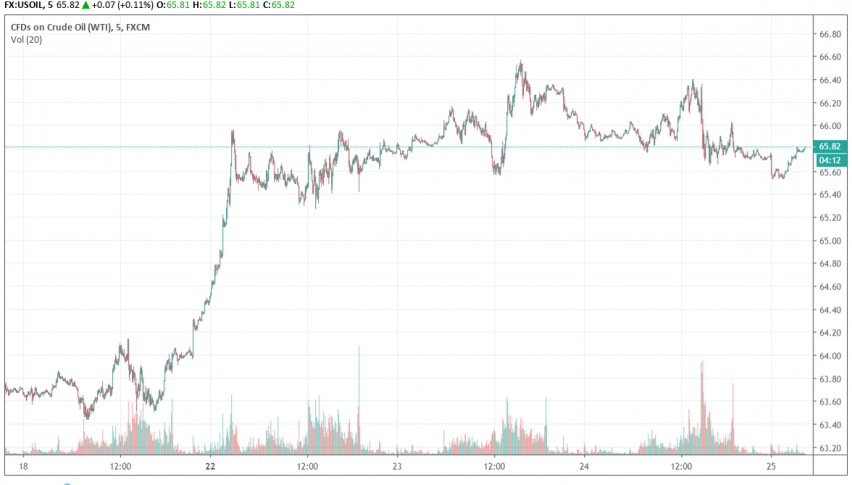 US overtakes Russia and Saudi Arabia to become the world’s biggest oil producer. US crude oil production has risen by over 2 million barrels per day (bpd) since early 2018 to touch 12.2 million bpd.

The selling pressure on crude oil was further boosted by a bigger than expected build in crude oil inventories, according to EIA’s weekly report released yesterday. Crude oil stocks increased by 5.5 million barrels in the week of April 19, significantly higher than the 1.25 million barrels the market was expecting.

Despite the announcement of complete sanctions on Iran after May 1, WTI crude oil prices fell by 0.2% to trade at around $65 yesterday. The decision by the US to prevent countries from importing Iran’s oil comes amid supply cuts led by OPEC since the start of 2019.