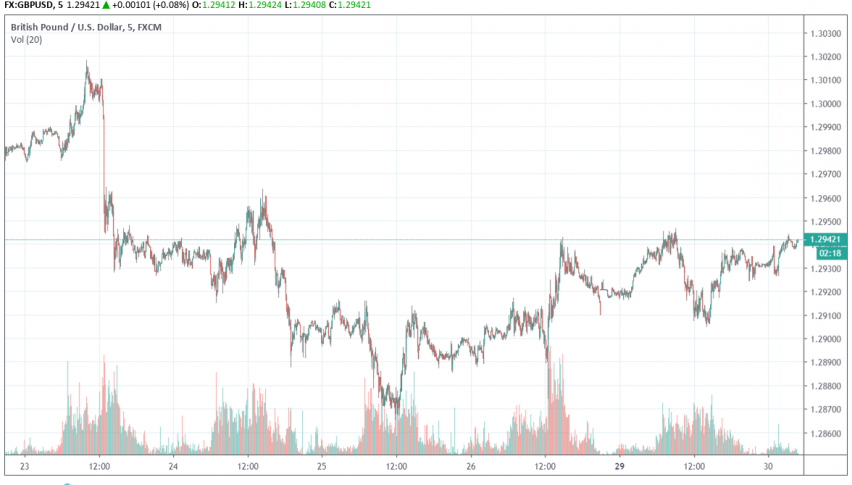 The Brexit deal continues to remain in a deadlock, with discussions between the ruling Conservatives and the opposition Labour Party scheduled to take place later this week. However, the Brexit uncertainty has failed to dampen the GfK consumer confidence, with the figure continuing at -13 for April, same as in the previous two months.

The survey also reveals lower levels of interest among consumers to make major purchases – this figure has touched -1 points in April, down by two points since the previous month and the lowest level in the past five months.

Investors are looking forward to the BOE interest rate decision on Thursday, but they expect the central bank to keep the interest rates on hold, at least until Brexit makes some headway. The EU also continues to wait and watch from the sidelines for Britain to ‘break the deadlock’ and make progress on Brexit, having extended its deadline until October.

GBP/USD remains mostly unchanged over the past few days, trading around the 1.29 level so far today.