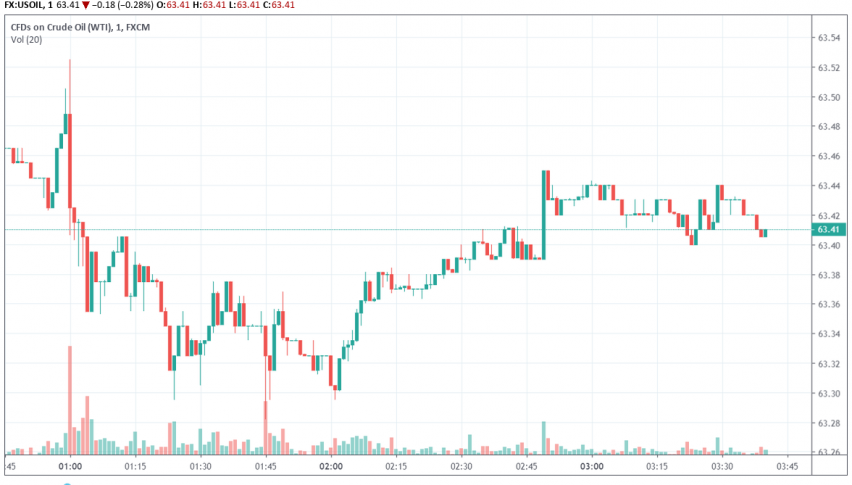 WTI crude oil prices continued their fall down and closed at $63.35 per barrel, down 0.2% for the day on Monday. Even though Trump announced implementation of full sanctions on Iranian oil starting from May 1, oil’s bullish run failed over expectations that US would pressure OPEC into increasing production output.

To make matters worse for oil prices, China posted weaker than expected factory activity and PMI unexpectedly earlier today. Chinese factory output rose for a second consecutive month in April, but at a slower pace than anticipated. Meanwhile, the official PMI figure for April fell to 50.1, from 50.5 in March.

A fall in manufacturing and export activity in China reduces the demand for oil from one of the world’s biggest economies, thereby putting additional pressure on crude oil prices. At the time of writing, WTI prices are trading at around $63.41 per barrel.

Gold Violates Symmetrical Triangle Pattern - Is It Going After $1,785?
4 days ago