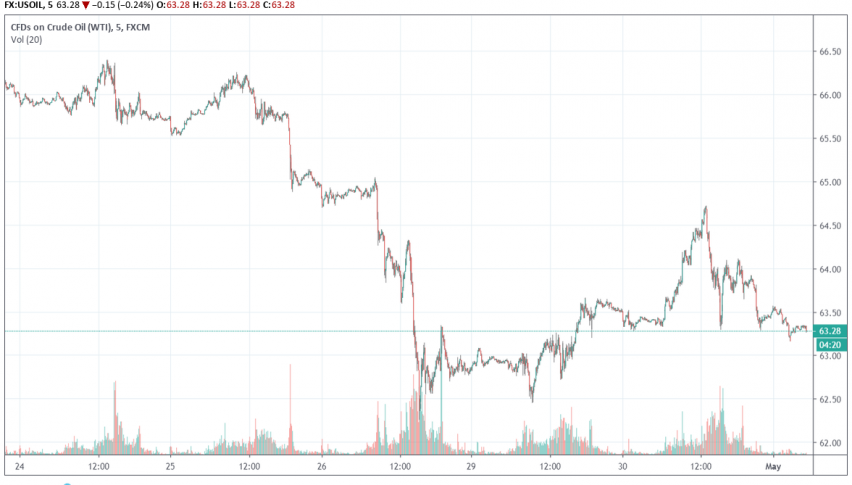 A rise in crude oil inventories in the report put out by API on Tuesday has caused oil prices to fall. WTI crude oil prices are trading lower, at around $63.33 per barrel, down 60 cents, at the time of writing.
According to the API report, US crude stocks were up by 6.8 million barrels during the week ending April 26. However, the situation in oil markets continues to remain tense not only over the US sanctions on Iranian oil but also over a crisis in Venezuala.
Trouble is brewing in one of the major oil producers, Venezuela, where tensions are escalating between President Nicolas Maduro and opposition leader Juan Guaido. News reports suggest that if this continues, there could be incidents of violence in the country, which could further impact crude oil supply in world markets.
Meanwhile, OPEC is planning to meet in June to discuss whether or not to continue with production cuts that have been in place since January 2019. Trump, however, has been trying to pressure the group into increasing oil production to counter potential downfall supply in markets because of Iran’s sanctions.
Check out our free forex signals
Follow the top economic events on FX Leaders economic calendar
Trade better, discover more Forex Trading Strategies
Related Articles

Crude Oil Tumbles Toward $110, AS Recession Fears Increase
1 week ago