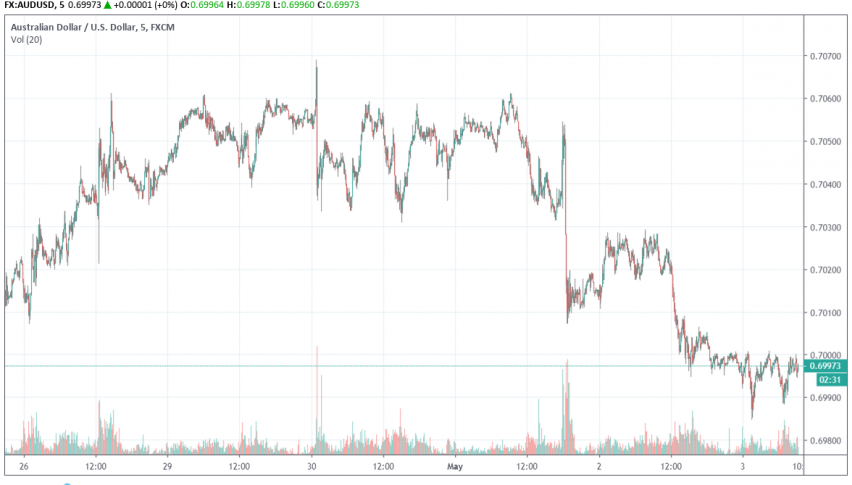 The Reserve Bank of Australia meeting scheduled for May 7 will most likely see the central bank announce a cut in interest rates in a bid to improve Australian economic health.

In recent months, the economy has seen house prices falling, consumer inflation remaining weak, and not enough of a wage growth. Markets are expecting a rate cut by 25 basis points to be announced next Tuesday.

AUD/USD has been struggling ever since the weak inflation figures were released, and is now trading below 0.7000.