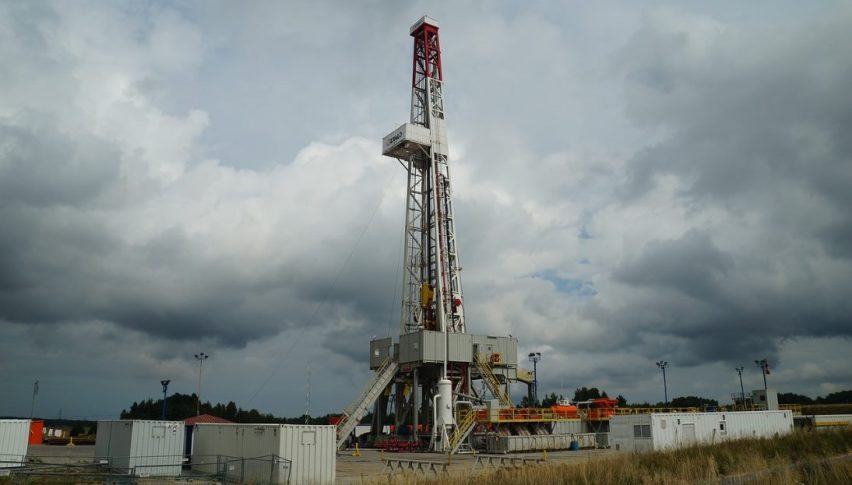 The Sky Is Falling On Energy Bulls.

For the first time in 2019, WTI crude oil has posted back-to-back losing weeks. Since a late-April probe above $66.50, sellers have consistently driven prices lower. At this point, the $75.50 highs of last October appear to be somewhat unrealistic. So, is WTI crude oil putting in a top for the year? Let’s dig into the key fundamentals and technicals and find out.

The Global Oil Fundamentals Are Mixed

The current fundamentals facing the crude oil are mixed and rather confusing. On one hand, conflict in Venezuela and dismal global economic growth projections threaten to stymie the year-long rally. Conversely, seasonal buying pressures and surprising Q1 U.S. economic performance are factors that may send oil higher. All in all, the fundamental picture is muddy at best.

In times of uncertainty, it is often a worthwhile exercise to recap what we do know. Here is a quick summary of certain fundamentals:

Add it all up ― the recent downturn isn’t likely to last. As soon as aggregate demand catches up with short-term supply, WTI is poised to stabilize in the $65.00-$70.00 area.

Every now and then, it is a good idea to take a step back and examine the big picture facing a market. For June WTI crude oil futures, the weekly chart is a great tool for looking at the macro-technical situation.

Here are the levels to watch for the coming week of action:

Overview: As of the first trading week of May, WTI has regained more than 50% of losses from the selloff of late-2018. However, the 62% Macro Retracement ($63.48) has proven valid as both resistance and a 2-way catalyst for participation. This level will likely play a key role in WTI until rollover later this month.

At this point, support is set up around the $60.00 psyche level, in the form of the weekly Bollinger MP. It will come as no surprise if price tests the waters below $60.00 before posting a late-spring/early summer bull run.

For now, I maintain a bullish bias toward WTI crude. Although the past ten sessions have been negative for pricing, seasonality and rollover are likely to bump this market north in the coming weeks. Unless June WTI trades below $59.50 or $59.00 for multiple sessions, the long side of WTI is preferable over the intermediate-term.

Hello, are there any considerations regarding the issues with Venezuela and the sanctions on Iran in these calculations? This is really leaving a heavy load on Saudi Arabia. Does that impact WTI crude oil?

Yes, both Venezuela and Iran are fluid situations with potentially important repercussions on WTI crude. As these events unfold, significant moves in WTI are possible. However, at this time, it is difficult to predict what will be the final resolution in Venezuela or Iran. If the U.S. engages either theatre militarily, then WTI is primed to rally much higher. For now, the markets are in wait-and-see mode pending each outcome.