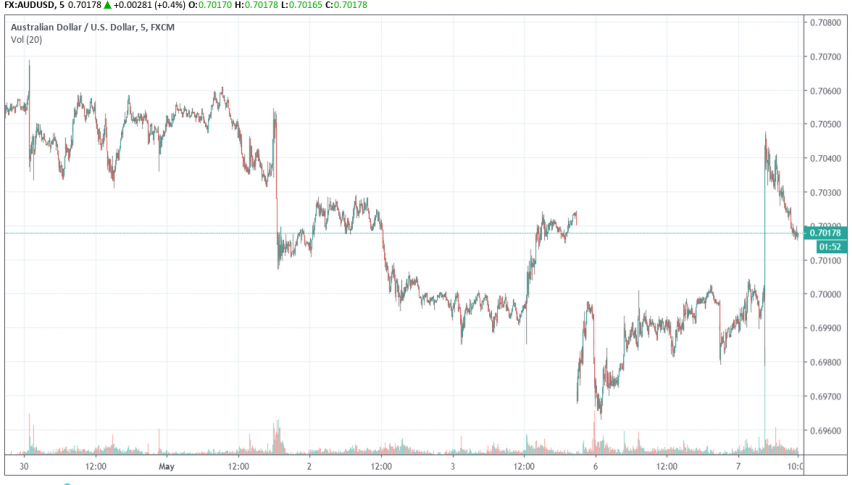 AUD Rallies as RBA Holds Off On Rate Cuts

AUD/USD had a good day today after the RBA announced its decision to hold interest rates at 1.5%. Market analysts were expecting a rate cut, but the hawkish outlook of the central bank caused Australian dollar to rally up to 0.8% against the US dollar.

While several central banks around the world turned dovish since the beginning of this year, RBA’s decision to hold off on rate cuts was a refreshing change. However, the bank has cautioned that it could consider cutting rates in the future if employment doesn’t get better.