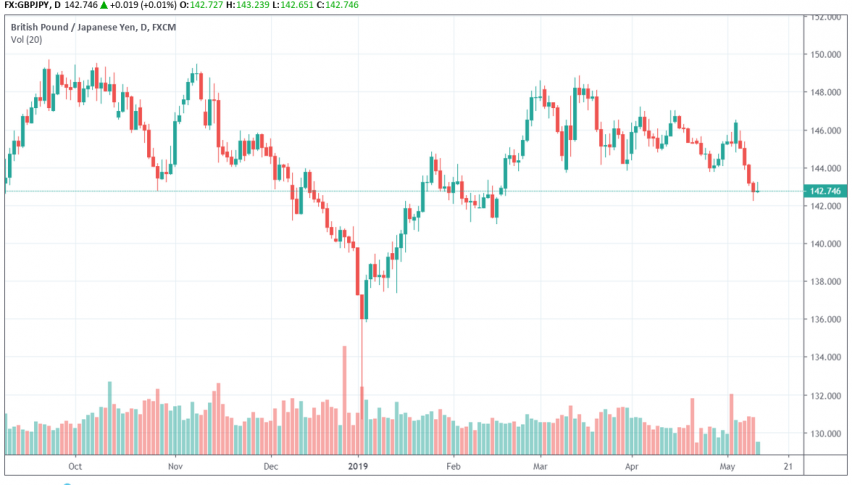 GBP touches a one-month low over the lack of progress in Brexit discussions between the ruling and opposition parties in the UK government. GBP/JPY has fallen from its highs over 143 and is now trading at around 142.74.

This move could also be attributed to escalating trade tensions between US and China which drove demand for safe haven assets like the Japanese Yen. GBP/USD also continues to trade slightly lower at around 1.3011 at the time of writing.

On Tuesday, the UK government confirmed that it would participate in the upcoming European Parliament elections. This announcement has further dashed hopes for the markets that were hoping for Brexit discussions to make headway.