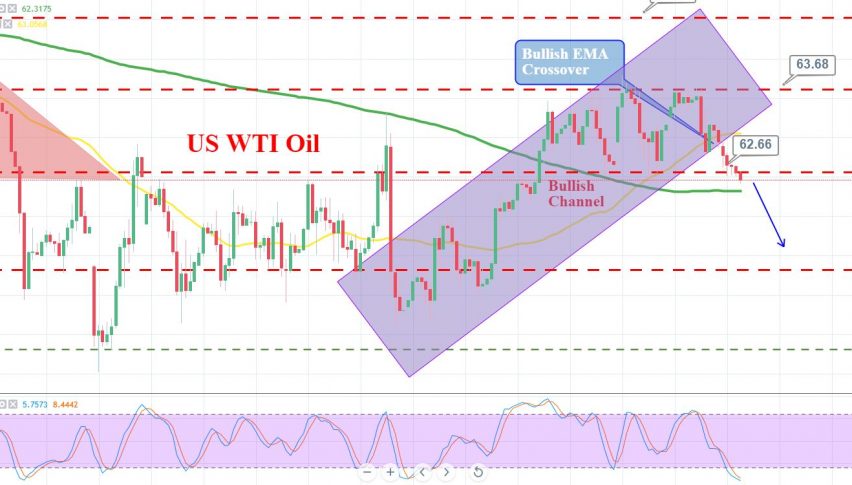 During the Asian open, WTI crude oil prices fell after figures from the American Petroleum Institute (API) revealed a surprise jump in stockpiles. As you know, the API report is released at least a day before the Energy Information Administration (EIA) report. Investors are likely to trade crude oil with a bearish sentiment.

The American Petroleum Institute (API) published that US crude stocks grew by 2.4 million barrels for the previous week. The API also reportedly registered a stockpile accretion of 350K barrels in gasoline, while distillate stocks plunged by 237K million barrels.

In our earlier update, we spotted a major resistance level of 63.60 which was expected to push oil lower. Well, the thing is, it can actually push crude oil prices lower towards the support area of 62.60.

The small bullish trend has already been violated as crude oil has closed series of candles outside the range, confirming bearish bias of traders. The violation of 62.50 can extend bearish rally until 61.35 today.

On the 2 hour timeframe, crude oil seems is trying to break below 62.60. Therefore, we have already opened a sell position to secure quick 30 pips. The safe target is 62.30 today, however, you can expect a drop until 62 and even lower.

Forex Signals Brief for August 10: Will We See A Slowdown in US Inflation?
5 days ago